Having already seen James Coppinger and Alfie May pop into the Sports College back in September, the students were given more exposure to the Rovers’ first team in the shape of Matty Blair.

With the new academic year in full swing, students at the Sports College took part in a Q&A session with the Rovers star, learning all about the day-to-day routines of being a professional footballer.

Blair, who is in his fourth season at the club, highlighted some of the best moments in his career to the students, including playing against Premier League side Arsenal at the Emirates Stadium. 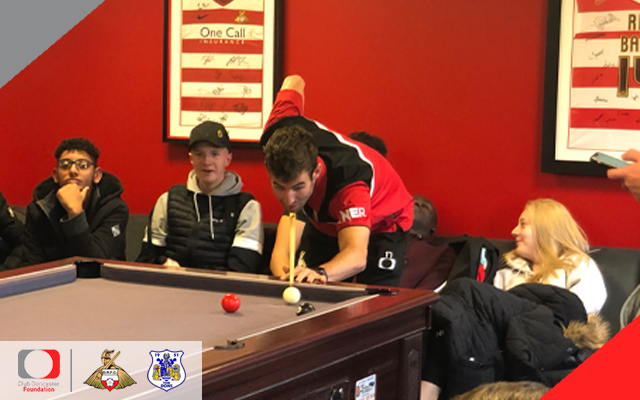 The Warwick-born footballer, who opened up to the College students about growing up as a footballer, spoke in lengths about his inspirations. He said: “I have a lot to thank my dad and brother for.

“They really did look after me. Whatever I decided to do, they supported me and made me the man I am today. It wasn’t just in football that they guided me with, it was all aspects of life.”

Blair has once again been chosen as a Professional Footballers’ Association (PFA) ambassador for Club Doncaster Foundation in 2019/20, continuing his involvement in community projects like Fit Rovers.

The current EFL League One Community Player of the Year named teammate Coppinger as his favourite footballer, stating how his commitment and dedication to the sport is a credit to the midfielder.

He said: “A lot of people say Messi and Ronaldo, but on a personal level for me, Coppinger is one of my favourite players.

“I’ve had the pleasure to play with him since I joined Doncaster and he is just next level.” 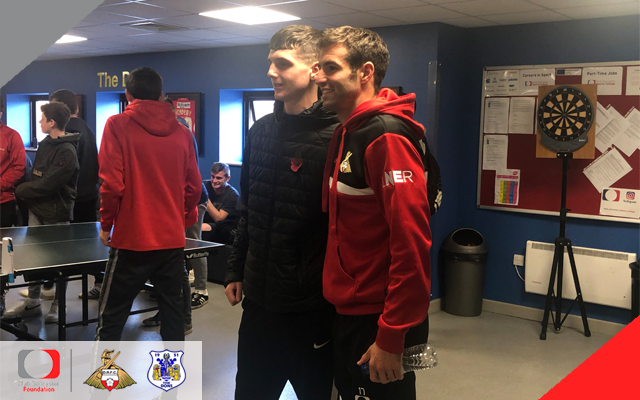 Blair will be working closely with health project Fit Rovers again throughout 2019/20 but has expressed a desire to have a larger part in the education set up, helping expose the Sports College when he can.

The winger, who is currently on the side-line with an injury, was quick to praise the college. He said: “It’s always a pleasure to visit the college.

“The staff do a fantastic job and have done great things for education in Doncaster.” 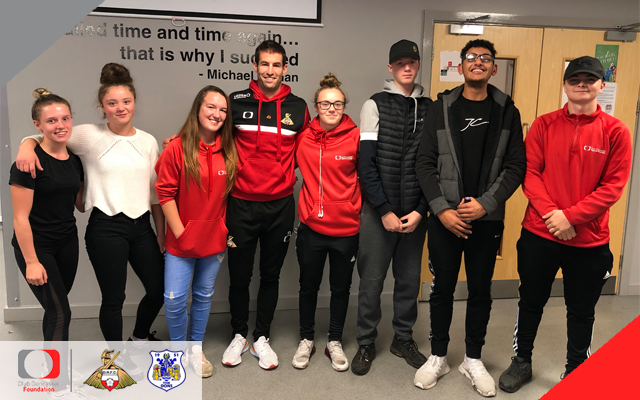