New students at Club Doncaster Sports College were treated to a visit from Doncaster Rovers players James Coppinger and Alfie May.

As the new academic year begins, students at the Sports College took part in a Q&A session with the Rovers stars, learning all about the day-to-day routines of being a professional sportsman.

Coppinger, who is in his sixteenth season at the club, highlighted some of the best moments in his illustrious career to the students, including his time spent under the managerial teachings of the late Sir Bobby Robson at Newcastle United. 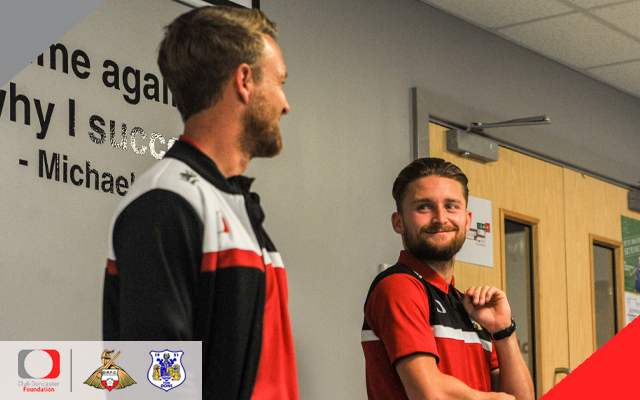 The Guisborough-born footballer, who opened up to the College students about growing up as a footballer, spoke in lengths about working hard. He said: “You have to work hard to achieve what you set out to achieve.

“I also think belief is massive. Whatever it is that you do, whether it's playing football or doing a degree, you have to believe you can achieve it.”

Coppinger, along with Alfie May, have been chosen as the Professional Footballers’ Association (PFA) ambassadors for Club Doncaster Foundation in 2019/20, as they step up their involvement in community projects.

Striker May, who named Michael Owen as his footballing inspiration growing up, was thankful to the PFA for the support they give to footballers for life after football. 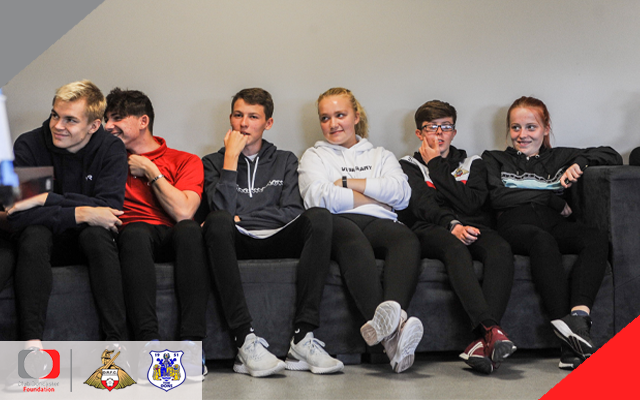 A former builder, May has expressed a desire to go into coaching once he retires, with the PFA offering the opportunities for him to gain his coaching qualifications.

He said: “I want to go into coaching eventually, and the PFA helps massively in helping you make a career after football.”

The players, who will be working closely with the College throughout 2019/20, have seen their performances for Rovers take the South Yorkshire club to seventh in the table, chasing the top six.

Coppinger was quick to play down the start Rovers have made, as they look to build on last seasons’ success. He said: “The transition under Darren (Moore) has been really good.

“We’ve done really well so far but we’re not getting carried away. There is still a lot of work to do.”