In partnership with EFL Trust, the Foundation won the contract to continue the delivery of NCS from 2020 onwards, joining 65 Delivery Partners that will be managed by EFL Trust.

NCS is one of the fastest growing youth programmes engaging 500,000 young people since piloting in 2009. The NCS experience will give young people a clearer idea of what they want from their future.

They will take on fresh challenges, get a taste of independence and be given a platform to have their voices heard and deliver a social action project that will positively impact their local area.

Through EFL Trust, over 1.8 million hours of voluntary work has been delivered addressing local and national issues which young people are passionate about such as mental health, the environment and plastic waste.

The Foundation has delivered NCS since 2012, engaging with more than 2,800 young people along the way. In 2019 alone, young people have delivered more than 15,000 hours of social action in the Doncaster region which has included the restoration of community clubs and parks, events with charities and raising awareness of health provisions and benefits in the local area.

Oscar McConway-Gee graduated from the NCS programme with the Foundation in 2018 and believes that the programme has changed his life. He said:

“The programme has been life-changing for me and it has definitely had a positive impact on my future career prospects. As a young person people will respect you more for going out of your way to do bigger and better things for not only the community but also yourself.

"I’ve been a Rovers season ticket holder for years so it’s also been a great way to get more involved with the club.”

Jan Budtz, Head of Impact/NCS, is delighted to be part of the new network of NCS delivery partners. He said:

“The Foundation has come a long way in its delivery of NCS since 2012 and has continued to raise the profile of the programme in Doncaster year after year.

"We are excited about the renewed partnership with the EFL Trust as we aim to allow more young people than ever before the chance to have a lasting impact in their local community.”

“I’m incredibly proud of everything that NCS has achieved in the last ten years. As it moves into the next phase of its life, I’m confident NCS can make a more significant difference for our young people and their communities than ever before.”

The NCS programme, which has recently undergone completely new branding, is aimed at empowering thousands of teenagers across the UK to meet new people, try new things and cover new ground. 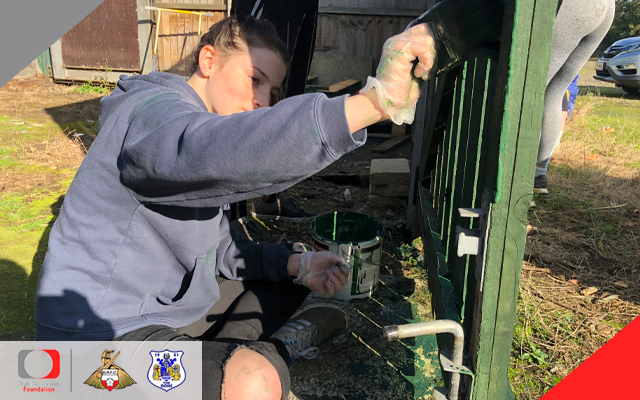