Like many other participants, she was worried about the effect that COVID-19 would have on the programme, but says that signing up was the ‘best decision she has ever made’.

As part of ‘Keep Doing Good’, participants were encouraged to look at ways they could help combat feelings of isolation and loneliness in their community, which had worsened as lockdown rules were imposed.

Demi explained: “Before I started NCS, I was not as confident as I am now, I was very nervous and I didn’t really socialise with other people my age.

“This summer has been a lot different, we’ve not been able to do the things we normally do, but I knew I wanted to do something to help other people who had been affected by the virus.

“With the guidance of the NCS team, we’ve been making care packages for older people, and personalising them by making guides on things like gardening, online shopping, and how to use ‘Zoom’ video calling so they can speak to their family.”

Demi made befriending phone calls to people across Doncaster who had been experiencing feelings of loneliness. She was joined by 27 other young people who helped assemble bespoke care packages that were created based on the interests and hobbies of each person. These packages included things like games, puzzles, cooking ingredients and recipes.

Young people based at the Keepmoat Stadium alone committed over 1,000 combined hours of social action work during the programme.

Demi also believes that participating in ‘Keep Doing Good’ has made her more aware of the issue of isolation in the area, and has made her ‘appreciate things a lot more’.

She added: “It’s been nice to talk to the people who have been isolated and lonely, and to see what they’ve been doing and hearing about their time in lockdown.

“Speaking to new people on the phone has improved my confidence, and I really enjoyed the befriending training that we were given as part of the programme.

“Some of my best memories of NCS have been meeting new people, and gaining a lot of new skills that I didn’t think I’d pick up.

“If anyone was thinking about joining NCS, I would say go for it, it’s the best thing I have ever done, the best decision I have ever made.”

The NCS programme is designed to give young people the independence and confidence they need for life after school.

To find out more about NCS, visit wearencs.com. 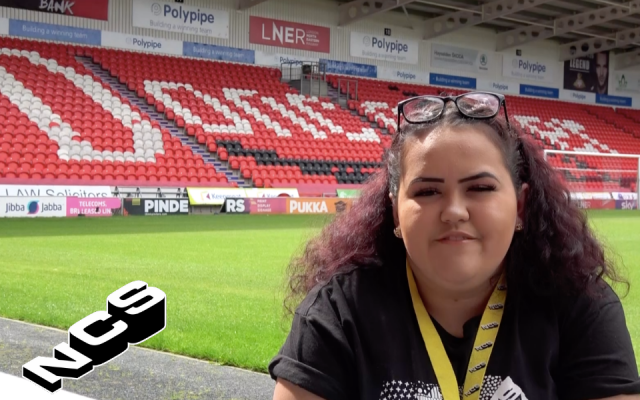