Thank you to the Supporters’ Club

The Supporters’ Club AGM took place on July 23 with manager Darren Moore and chief executive Gavin Baldwin in attendance, with Club Doncaster Foundation on the receiving end of a generous donation.

The open event offered supporters an opportunity to ask questions ahead of the start of the season, while also providing supporters with a chance to meet the new manager for the first time.

As part of the evening, the supporters’ club presented Moore with a cheque which can be used as the club see fit.

Chief executive Gavin Baldwin said: “We’d like to thank the supporters club for their generous donation to the football club.

“This kind of gesture means a lot – not only does it provide additional funds to support team performance on the pitch, it is also an example of the amazing commitment and generosity of our supporters.

Alongside this, a total of £1000 was kindly donated to the Foundation, which will not go unnoticed, according to head of Foundation, John Davis.

He said: “We’re delighted to receive the continued support from the supporters club, and I would like to thank Len and the members personally for this contribution.

“This donation will allow us to continue to make a difference to people’s lives across Doncaster.”

With plans to challenge, inspire and motivate even more people in 2019/20, the Foundation staff are grateful for the continued support of the Doncaster Rovers Supporters’ Club, which has supported the Foundation’s work for numerous years. 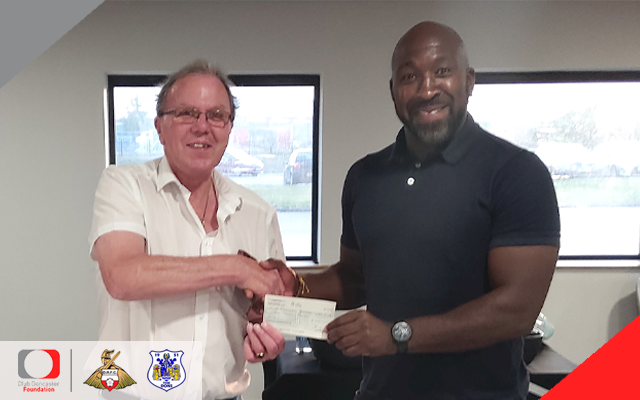