The scores were close going into the bullseye challenge on Saturday evening, making for a nail-biting winner-takes-all scenario.

Team Budtz went first and failed to hit the bullseye in 21 darts, meaning that the task was simple, but not easy, for Team Ryan.

The participants held their breath as they watched Dave Macdonald hit the bull on his 16th attempt, concluding a wonderful week of action by a thrilling margin.

Scott Copeland, health and wellbeing officer at the Foundation, said:  “For me first and foremost it was about bringing people together to remember Nidge.

“I’d like to say a special thanks to Jan and Tim for getting involved and also to Team captains Kenny Raggett (Team Budtz) and Bob Allan (Team Ryan) for organising their teams so well.

“We hope that the Nidge Roe Memorial football match will be able to return in 2021.”

Nidge was a popular figure amongst the Doncaster community who played in the first ‘play on the pitch’ event at the Keepmoat Stadium but sadly passed away in 2018.

Events such as the press up and kick up challenges, the one hand penny stack and charades were played throughout the week while scores were continuously tallied.

On Saturday night all participants joined together on a video conference and raised a glass to Nidge while the final results were revealed.


He was remembered with a memorial rematch last year, which was set to be replayed this year however was transformed into an online event in light of Covid-19. 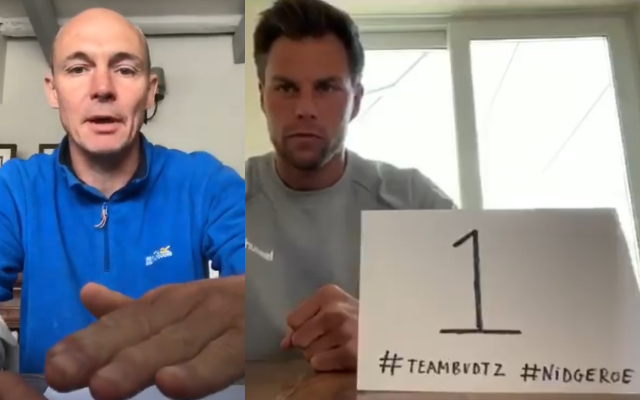