Sports College Varsity 2019 proves to be a cracker!

There were mixed emotions at the 2019 Club Doncaster Sports College Varsity, which took place at the Keepmoat Stadium on Wednesday May 23.

The varsity matchup, which sees the Sports College face off against education partners, Selby College, saw the girls team lose for the first time in varsity history. The boys team, however, retained their trophy.

With the sun shining on the Keepmoat turf, the Sports College girls team fell to a 7–2 defeat to their Selby counterparts.

After some back and forth opening exchanges, which saw the Sports College go close through Stacie Moore, Selby College took the lead, before doubling and later tripling their advantage in quick fashion. 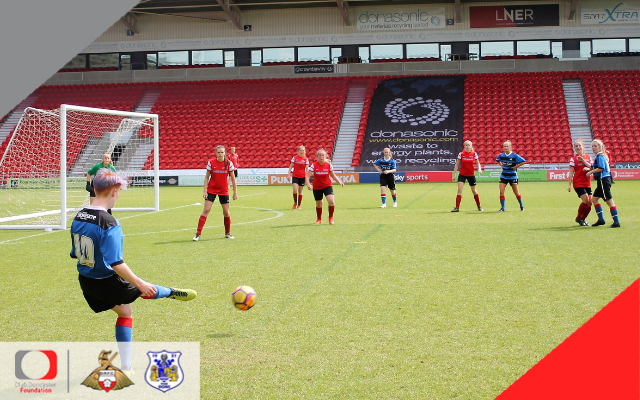 The girls did make a game of it in the second half, with Jamie-Lea Grace grabbing herself a brace. Captain Chaneice Howson tried valiantly to lead from the back line, but her efforts were in vain as Selby ran out comfortable winners.

In the aftermath of their defeat, girls coach, Eric Randerson, said: “This season’s varsity was a learning curve for the girls.

“They showed incredible effort and we will build on this performance next season.”

In the male game, after a shaky start, the boys team ran out 7-2 winners also, overcoming a stern Selby side, who, at one point, where holding their own at one goal apiece. 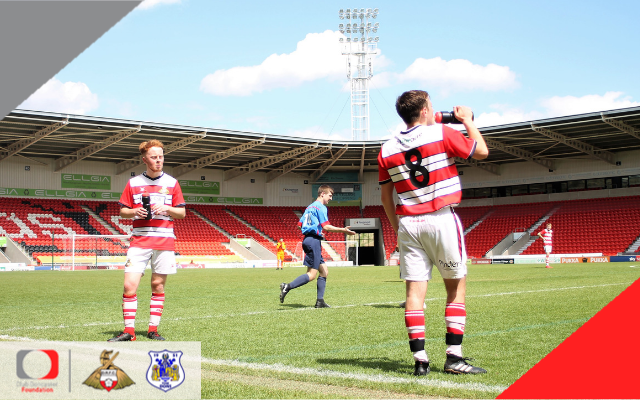 Opening the scoring through Codey Downing, the Sports College were pegged back and for large periods of the first half, found it difficult to break down Selby.

The Sports College needed someone to step up, and top goal scorer Bartek Grzywa did just that, before Morgan Brown grabbed the first of his two goals to put the Sports College in a commanding lead.

Further efforts from Ethan and Reece Hargreaves, who became the first brothers in Sports College Varsity history to score in the same game, as well as Harrison Coley and a second for Brown, wrapped up the result for Steve Hernandez’s side. 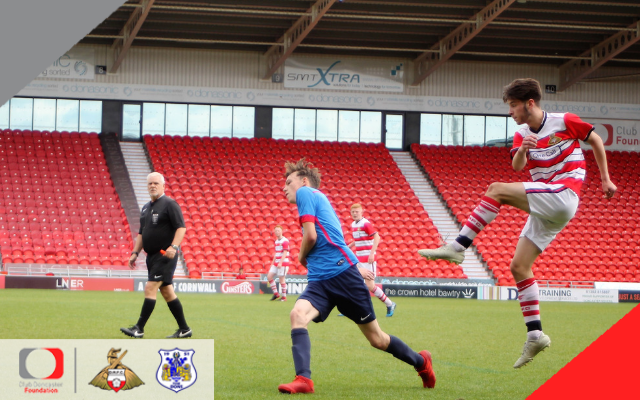 A late consolation for Selby College gave the travelling fans something to cheer, but it was Ethan Hargreaves who lifted the Varsity Cup at the end of the game.

Head coach, Steve Hernandez, commented: “The lads put in a fantastic effort. The first half, especially, was difficult and Selby caused our defence problems.

“In the second half, the boys came out and showed their quality. The team is littered with good players and a lot of them came out with something to prove in that second half.

“I’m pleased with the efforts.”

The players and fans in attendance were treated to refreshments and hot food by the Foundation’s health and wellbeing team, supplied by Queen’s Butchers.

To cap off another year of varsity, the Sports College staff challenged former students to a legends game.

After taking the lead through Dan Herring and holding onto it until half time, the former students were determined not to be outdone by their former tutors and staff members, eventually running out 4-1 winners. 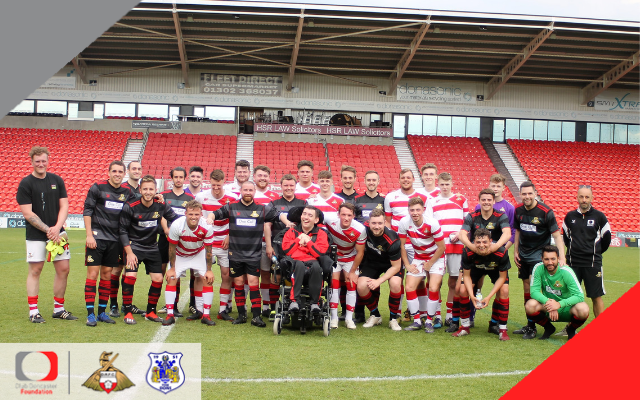 For more information about Club Doncaster Sports College, contact the team on 01302 765890 or go to www.clubdoncastersportscollege.co.uk 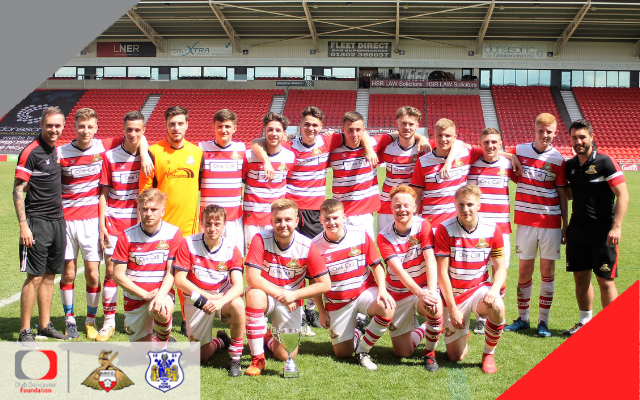