Students at Club Doncaster Sports College have praised the coaching sessions that they received from Doncaster Rovers centre-back Tom Anderson before lockdown.

Anderson had been leading sessions with the CEFA (Sports College) football team, who compete in an EFL governed league as part of their post-16 education course.

Jamie Whitehouse, a college student who has been coached by Anderson, said: 'Having Tom around the Academy has really given the lads a boost, there's a great atmosphere around the team and a great bond, but Tom coming in has turned the intensity up even more.

"You can tell he's a professional player, he seems really relaxed when he's coaching and he has given some really good advice, especially for me as I play in defence".

Club Doncaster College Academy Coordinator Steve Hernandez has applauded Anderson’s work ethic, as well as his role in helping develop some of the students.

He said: “It's been great to have Tom in and around the college Academy set up and the students have really responded with his presence.

“A lot of our students are Rovers fans, so naturally they were excited and a bit nervous, but Tom put them at ease and his coaching style and experience has really developed and brought confidence to so many of the lads involved.”

The coaching sessions form part of Anderson’s UEFA B licence, which he sees as a vital part of his career once he hangs up his boots.

The 26-year-old explained: “A football career is short so you’ve got to have plans after it and I’ve been enjoying it. I did a little bit with the Academy but I’ve probably done more with the college and Steve Hernadez has been helping me out.

“It took a bit of getting used to as when you’re a player you get used to being told what to do and being on the other side of it, I found that a bit weird to be honest. I think you’ve just got to be confident in what you do.”

The students have been benefiting greatly and learning from the experience and know-how of one of Sky Bet League One’s top defenders.

Anderson, who joined Doncaster Rovers in 2018, added: “It’s like anything, when you start something new, you’re not going to be unbelievable at it straight away, you’ve just got to keep working at it.

“It’s a learning experience – you’re learning more about the game when you’re coaching and you can even start taking that into your playing. It’s all valuable lessons and experiences.”

Are you interested in joining the Club Doncaster Sports College? Click here to apply in seconds; clubdoncastersportscollege.co.uk/apply/ 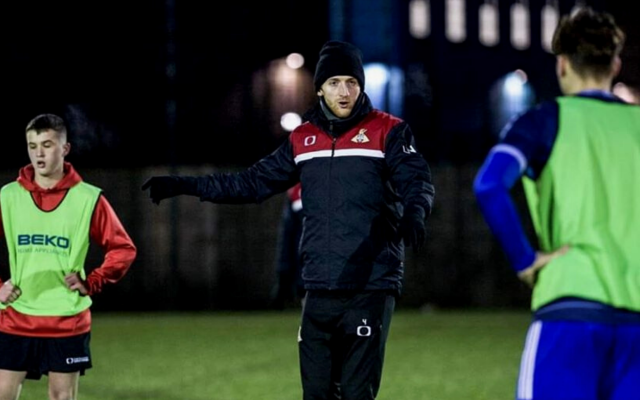