Bobby is in his final year with the Sports College and is due to complete his BTEC Level 3 in Sport, this July. During his time at the college, Bobby has taken part in numerous foundation activities, including the annual Varsity cup and the NCS programme.

Throughout this academic year, Bobby has spent large amounts of time within the professional football environment but has continued to work hard with his academic work with the Sports College, providing continued updates on his coursework and utilising the help of the tutors when needed.

He has continued to attend college to ensure his work is up to date and completed to the highest standard, in the time when professional footballers are relaxing after the end of the season, prior to next seasons preparations.

Club Doncaster Sports College lecturer, Nathan Fawley said, “Bobby has continued to remain dedicated to his studies throughout this year, even when he’s had two big plates to spin with his professional football and academic studies.”

“Bobby is a popular student and works well with his classmates. There is a real buzz from his classmates with the news of his new contract.”

“Lot’s of our students have played with or against Bobby in their time at college. It’s been great to see the support that he has had from all.”

“It’s been an absolute pleasure to teach Bobby and play a small part in his journey. His attitude and story serves as inspiration to current and future students of the Sports College.”

Speaking of the Sports College’ support, Faulkner said, “Since signing for Doncaster Rovers, Club Doncaster Sports College have been very flexible and fully supportive of my progression into professional football.”

“I can only thank them for their understanding of my career and allowing me to adapt my college work and study around my footballing schedule.” 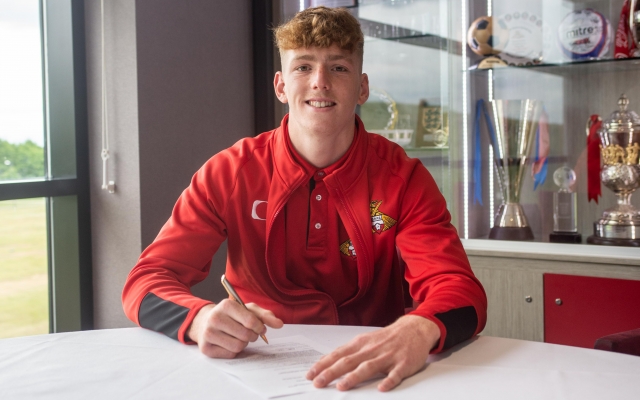