Doncaster Rovers players Danny Amos and AJ Greaves surprised a group of youngsters when they made a virtual player appearance at our PLKicks virtual holiday camp last week.

Amos and Greaves started the session by introducing themselves to the group of Kicks participants, discussing their path to Rovers first-team as well as the challenges they’d faced getting there.

They were then asked questions by the Kicks participants such as when they made their debuts, who the best player they’d played against was and which teams they’d supported as kids.

They also reiterated the importance of school to the young Kicks participants and admitted to missing their school years now that they were grown up.

Amos said: “AJ and I really enjoyed meeting young fans and answering questions. We got booed a bit when we said which teams we’d supported as kids and that’s all part of the fun.

“It’s been really strange this season not getting to see the fans every week and it was great to hang out with some of them over Zoom.

“The Kicks programme is brilliant and hopefully when things get back to normal, we’ll be able to attend some of the training sessions and say hello to these young fans in person.”

To find out more about the Premier League Kicks programme, click here. 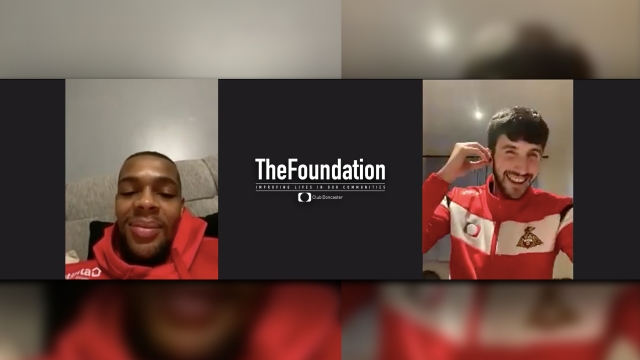