Doncaster Rovers defender Cameron John surprised two groups of students at a Doncaster primary school when he made a virtual player appearance on Monday,February 1.

In line with Covid-19 regulations, player appearances have been moved online, allowing pupils to speak to the players via a video link in their classroom.

Richard Scott, assistant head at Everton Primary School, said: “We would like to say a huge thank you to Cam for his time spent with the students this afternoon.

“We thoroughly enjoyed meeting him and the way he interacted with the children was delightful.”

Kelly Jackson-Powell, sport development officer at the Foundation, said: “Due to current circumstances, the players are unable to visit schools as they usually would.

“However, as part of the Foundation’s virtual visit initiative, players are still able to chat to the next generation of Rovers fans in their classrooms.

“It’s great to see the students are enjoying the sessions so much and again we’d like to thank Cameron for taking the time out to come and chat to the pupils.” 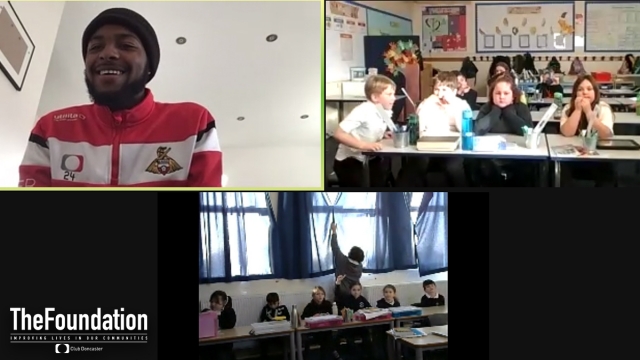