More than 40 people were screened by the Doncaster Rotary club as part of their 'Know Your Numbers' blood pressure awareness event at the Keepmoat Stadium on Saturday May 4.

Out of the 43 people who received a screening, 11 were referred to GP for additional testing.

Due to the location being at a football stadium, a higher amount of men were screened (90%) and the screened population was younger than the usual demograhpic seen by the Rotary Club.

A total of 25 per cent of people were referred for further checks whilst not receiving treatment and did not know their BP was raised. The only person referred urgently was already on treatment, showing the significance of the awareness event in terms of disease prevention.

Lisbeth Rodgers, former President of the Rotary Club of Doncaster St Ledger, said: "Although the number screened was small, this was a good initiative to target a population that would not routinely be present for blood pressure screening and it is worth repeating next year."

To find out more about the work of the Rotary Club, please go to www.rotary-ribi.org/clubs/homepage.php?ClubID=192. 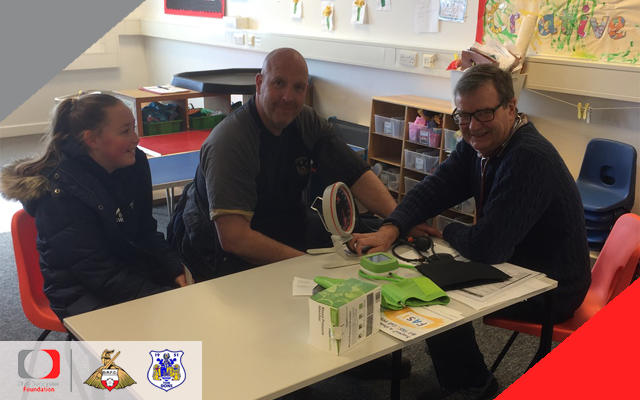