Rossington All Saints Academy will not be taking part in the EFL Girls Cup in 2019/20, meaning a new school will represent Doncaster Rovers in the area final in January.

The six-a-side tournament, which will take place at the Keepmoat Stadium on October 24, is made up of secondary school teams from across the Doncaster region. Rossington reigned supreme last year, making it to the area finals in Nottingham, where they faced teams from all over the UK.

Before the area finals, all the teams in Doncaster compete in a mini league, facing each team once, with the winner of the league advancing through to the area final.

The girls, which are made up of year seven and eight students from their respective schools, are given the chance to show off their footballing skills in front of Foundation coaches and fellow schools.

Rossington won all but one of their games on their way to finishing top of the league last year, with only an entertaining draw against Selby High School stopping them from gaining maximum points.

A plus 40-goal difference and two goals conceded throughout the tournament was an exceptional achievement, making Rossington deserved winners on the night. But with the sporting school opting not to take part, there is a chance for a new school to try and achieve Wembley glory.

Foundation community coordinator for women and girls, Heather King, said: “Last year was a very high standard of football from all teams that took part. The girls all played so well, we are all looking forward to once again hosting the event.

“With the winning team able to wear the Doncaster Rovers kit in the next round, plenty of teams are excited to take part. Last year, Rossington won the tournament for the first time, hopefully a school will be able to say the same again this year.”

The winner of the area final will then move on to the regional final, with the winner advancing through to the grand final held at Wembley Stadium in March 2020.

For more information, or to sign your team up to the event, which takes place on Thursday October 24, please email Kelly at kelly.jackson-powell@clubdoncasterfoundation.co.uk. 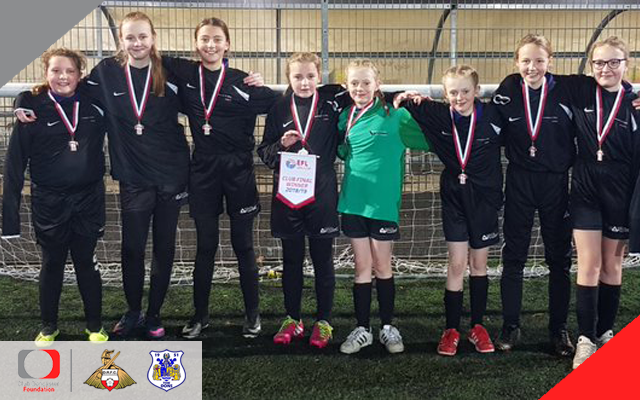