Refugees and Fit Rovers join together to walk to the stadium

More than 130 combined refugees and Fit Rovers participants took part in a walk to the Keepmoat Stadium event on Saturday May 4, in recognition of Amnesty International’s Football Welcomes campaign.

Local refugee and asylum seekers from the Doncaster Area walked to the stadium from the town centre, having been invited to see Doncaster Rovers take on Coventry City in the final game of the 2018/19 Sky Bet League One season.

The group, which saw a total of 46 refugees walk to the Keepmoat Stadium, were met by members of the Foundation’s health and wellbeing project, Fit Rovers, before seeing Doncaster Rovers secure a play-off spot with a 2-0 win over Coventry. 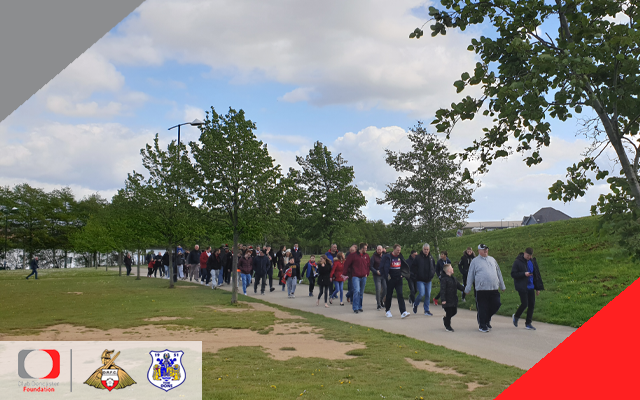 An average walking distance of 3.1km was achieved by the participants, with 108 of them also opting to walk home after the match, increasing the physical activity amongst the group.

Having supported the local refugee group on a number of activities and opportunities throughout the year, staff members of the Foundation saw it fitting to invite the refugees to watch Rovers in their final game of the regular season, and to integrate them into the EFL family club of the year, who made them welcome on Saturday evening.

Football Welcomes, now in its third year, highlights the role of refugee players in UK football. From a group of children fleeing the Spanish Civil War in the 1930s who went on to become some of the first refugees to play professionally here, to the likes of former Bolton Wanderers midfielder Fabrice Muamba, ex-Manchester City forward Nadia Nadim, Arsenal’s Granit Xhaka, Dejan Lovren at Liverpool and Crystal Palace’s Christian Benteke, players with a refugee background have been making their mark on the game for decades. 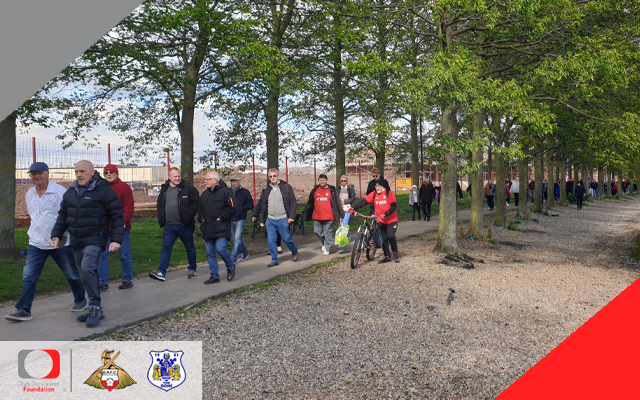 Backed by the EFL, a number of Premier League clubs, the FA Women’s Super League, the FA Women’s National League and grassroots and non-league teams across the country, Football Welcomes also aims to highlight the important role football clubs can play in welcoming refugees and people seeking asylum into their local communities, and in helping them to settle in to a new country and culture.

With this in mind, the Foundation have been breaking down barriers which may prevent asylum seekers and refugees in Doncaster from participating in sport by providing opportunities for weekly football training sessions and the team’s involvement in an evening football league. 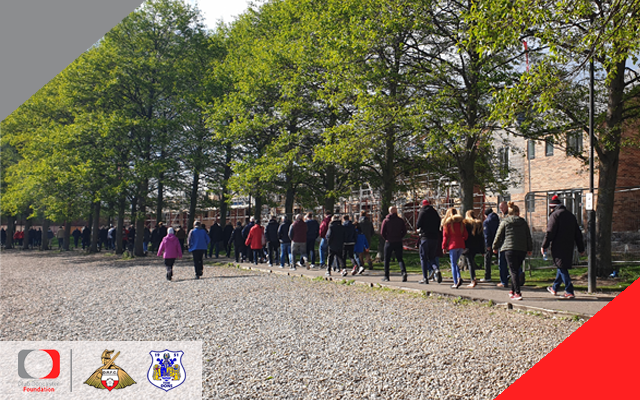 “Football clubs are at the heart of their communities and it’s great to see teams across the UK using the international language of football to create connection, respect and friendship across cultures.

“With so many people across the globe forced to abandon their homes due to conflict and instability, it’s important that football clubs use their platform to send out a clear message: refugees are welcome here.”

The Foundation have also been promoting their well-loved bike library to local refugees. The ability to borrow and use a bike can open up a city, allow refugees to get to college or work and allow asylum seekers to stay healthy.

Rovers joined up with the Foundation and the Viking Supporters Co-operative to organise a football match between supporters, refugees and Fit Rovers vets at the Keepmoat Stadium. This match also launched the Rovers boot drive which has been a joint effort between Fit Rovers, supporters and staff to donate boots to the football team. 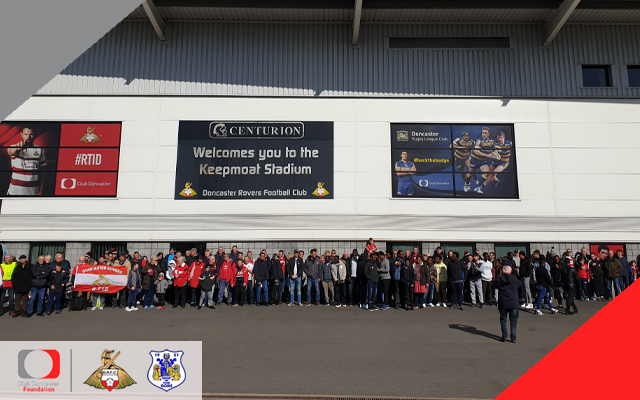