Reece Fielding, 19, has been named as the Premier League Kicks Hero for Doncaster Rovers. Reece, who signed a professional contract with Donny last year, has made three first team appearances since moving from Kicks into the club’s academy.

Reece has been awarded with a personalised Premier League Kicks Hero comic illustration, as part of the Premier League’s 10-year celebration of the programme.

Premier League Kicks is a youth outreach programme with the aim to create safer, stronger and more respectful communities through the development of young peoples’ potential, whilst giving young people access to facilities, coaching and mentoring.

Reece Fielding attended his first Kicks session at Balby Kicks back in 2013 when he was just 14-years-old. Reece was not only an exceptional footballer but was a great role model to the other Kicks participants through his dedication and hard-working attitude.

Despite now being a professional footballer, Reece remains a massive supporter of the Kicks programme and often attends sessions at Balby to give advice and inspire the next generation of participants.

Reece’s commitment and dedication has been recognised by the club and the Premier League. His story has been immortalised in a comic strip illustration designed by Marvel and DC Comics artist John McCrea. The comic illustration shows Reece returning to Balby Kicks to speak with current participants and answer their questions.

“I feel very proud to be selected as the Premier League Kicks Hero for Doncaster Rovers. Kicks gave me my first break and allowed me to develop my skills and become a better footballer. I love coming back to Kicks sessions at Balby to speak with the kids and offer some advice.

I hope my Kicks journey can inspire other young footballers to work hard and follow their dreams. I feel very lucky to be able to play the sport that I love professionally and would like to thanks all of the staff involved with Kicks for the support, help and fun over the years.”

“Reece has achieved so much since he attended his first Kicks session and is a great inspiration to all the young participants. We’re so proud of Reece’s progression from a Kicks participant to a professional footballer and he is living proof that hard work will get you far.

“Premier League Kicks delivers sessions for young people where they are needed most, connecting football clubs with their communities in a meaningful and sustainable way. The Kicks Heroes campaign allows us to highlight some of those inspiring individual stories – like Reece’s – and celebrate their achievements and thank the 68 Premier League, English Football League and National League clubs currently delivering the programme.” 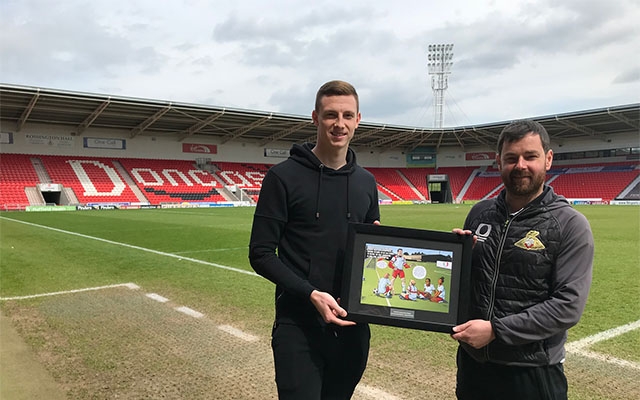