More than 500 primary school children from across Doncaster took part in the School Games primary school tournament at the Keepmoat Stadium on Thursday October 3.

Two tournaments took place on a wet and windy day in South Yorkshire, one for the boys and one for the girls. A total of 52 teams took part, with two eventual winners being crowned champions. 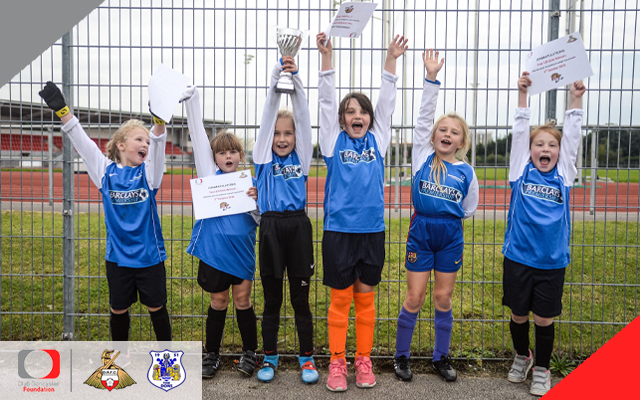 The children were delighted to be visited by Doncaster Rovers midfielder James Coppinger and Doncaster Rovers Belles new signing Eva Madarang. The pair posed for photos and answered questions on being professional footballers, even taking part in a kick around with the children.

As a Professional Footballers’ Association (PFA) ambassador for 2019/20, Coppinger has already been heavily involved in Foundation activity, showing his support of Rovers’ official charitable arm. 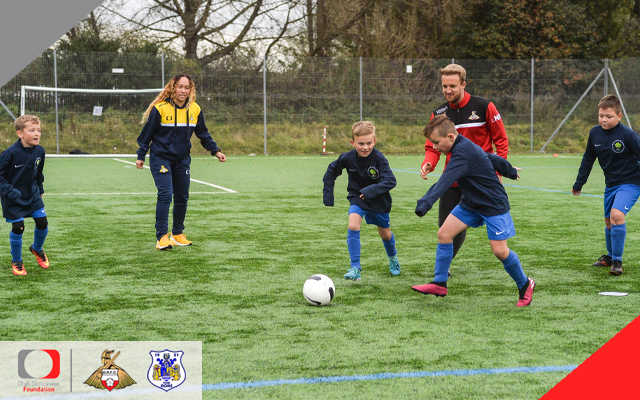 Eva, a Filipina international who only signed for the Belles in September, has expressed a desire to get involved in the community of Doncaster more as the season progresses.

Sport development officer for the Foundation, Kelly Jackson-Powell, said: “The entire event was a huge success. The amount of positive feedback we have received from parents and teachers is testament to the staff for putting on a great tournament.

“West Road have worked really hard with one of our coaches, Sean, and I know how happy he will be to hear the girls do well.” 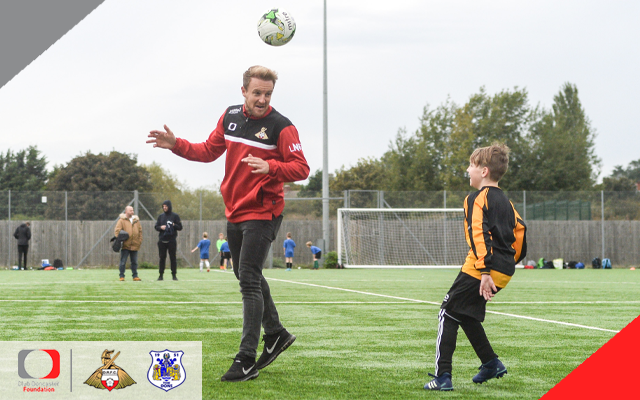 Next up for the schools and participation team is the annual EFL Girls Cup tournament, taking place at the Keepmoat Stadium on Thursday October 24. For more information click here. 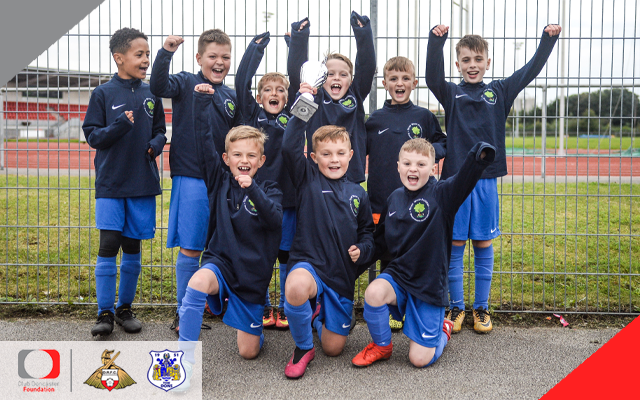