The film tells an inspirational story of achievement against the odds as it follows Papua New Guinea’s first national women’s rugby league team, the PNG Orchids, on their way to competing in the 2017 World Cup in Australia.

Rugby League is the national sport in PNG. A love of the game is the most common language spoken, it unites communities and provides hope and opportunity for many. But this is a country where women are not treated equally. The establishment of a national team challenges perceptions of women within traditional communities, where they face prejudice on a daily basis.

Power Meri explores how the women playing this male-dominated sport in the public eye for the first time could change mindsets in a country where the status of women is one of the most troubling in the world. It also explores the broader social impact of the rise of women’s sport through themes of empowerment, national identity, prejudice, resilience and hope.

From the roughest suburbs of Port Moresby to the lush PNG highlands, Power Meri takes viewers on a captivating journey through rarely-seen corners of PNG, guided by young Papua New Guinean women who dream of changing their country through sport.

Proud, strong and hopeful, these women have overcome more challenges than most to take the field in their much-loved national sport. But after years playing at grassroots level with no coaches, funding or support, they have just three months to transform themselves into a competitive national team to take up an invitation to compete on the world stage.

The film will be shown in partnership with Get Doncaster Moving, who are a partnership of organisations who are committed to help Doncaster's communities become healthier and more vibrant.

For more information on the evening, please visit: https://powermerifilm.com/ 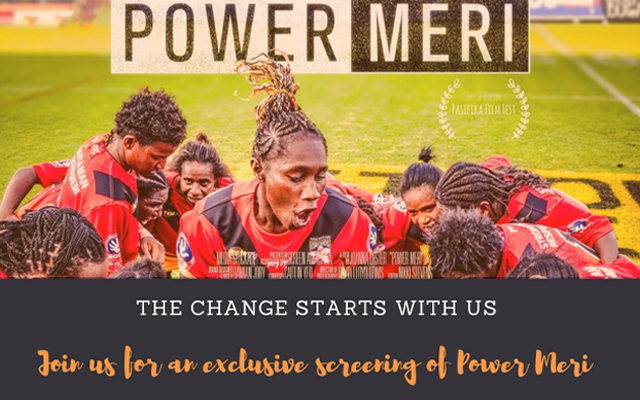