Play on the pitch for Schools and Kicks a week away

The Club Doncaster Foundation Schools and Participation team will be hosting their annual play on the pitch football tournament on Tuesday May 21, allowing children and teenagers from across the borough the chance to grace the Keepmoat Stadium turf.

It is expected that more than 35 schools will be in attendance for the morning’s session, which is set to equal the amount of student that took part in 2018.

The day will be filled with a plethora of activity in and around the stadium, with competitions aplenty taking shape in the concourse alongside the main event happening on the pitch.

It was Warmsworth Primary School that came away with the accolade for the second year in a row last season, and sponsors of the event, Doncaster Business for the Community (DB4C) were on hand to present them with the trophy.

In the afternoon, more teams will be able to take part in the action, as local high school teams and Premier League Kicks teams from across the UK are set to battle it out. 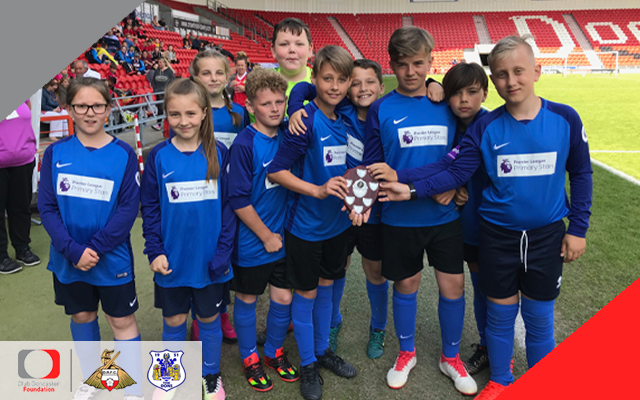 Kicks coordinator, Mark Cooper, in an interview last year, said: “Being able to provide such an amazing opportunity is brilliant.

“It is something special to play on the pitch of an EFL team, so to see it all come together was great for the Foundation, the football club and everyone involved.”

For more information about the play on the pitch, contact our team on 01302 764663 or the sport development officer, Kelly, on kelly.jackson-powell@clubdoncasterfoundation.co.uk. 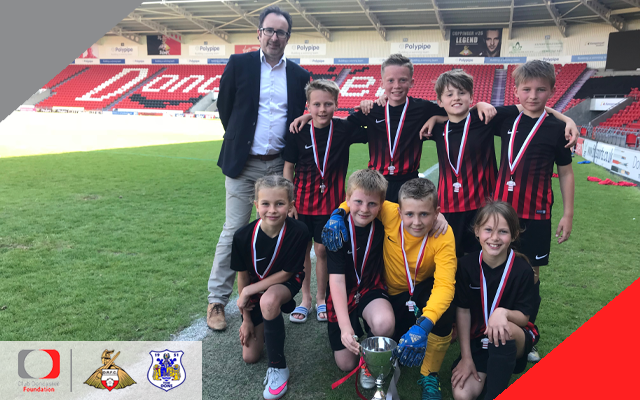