Over 35 young supporters from partner schools of Club Doncaster Foundation, were hand selected to attend an exclusive behind-the-scenes afternoon, to help launch the new Doncaster Rovers 22/23 away kit.

Club Doncaster Foundation Partner schools and Premier League Primary Stars schools were asked to nominate a select number of children from their school, to attend the exclusive afternoon event, with children being selected with the help of the Foundation coaches liaising with school teachers in choosing who to send.

Each child was invited up to the Elite Performance Centre at Cantley Park, where they got the first glimpse of the new green and black away shirt, presented to them by Doncaster Rovers kitman, Mat Hawkhead.

Upon receiving their shirt, the children got the chance to experience ‘signing as a player’ for the day.

They started off by signing a contract with Rovers first team manager, Gary McSheffrey, followed by experiencing what a new signing photoshoot would be like and filming their very own goal GIF, before finishing off their afternoon with a training session alongside club staff and players.

Noah, who attends a partner school and is a huge Rovers fan, attended the event with his friend Harry. “I love the shirt, it’s so cool. The colours are great. I can’t wait to wear it to lots of games this season.”

“I got to come to the kit launch with my friend Harry. We come to lots of Rovers games together, but to be able to have the opportunity to meet the players and manager and watch them train was incredible. I think our dad’s enjoyed the day too!”

Noah’s dad, Mark said, “I can’t thank Doncaster Rovers and the Foundation enough for giving Noah and Harry the opportunity to be a part of the kit launch. Since finding out they were invited, it’s all they’ve spoken about.”

“The interaction from everyone who was involved in the day was fantastic, and the boys are going to speak about this for years to come!”

Howden Junior School’s head teacher, Lee Hill, hand selected children to attend from school, said “It’s fantastic to have had some of our children involved with the kit launch."

"The girls who attended the afternoon, were so excited when they arrived at school the following day. Showing off their new shirts and telling everyone about all the activities they got to do.”

For more information on how to become a partner school, and all the additional benefits of packages, including events like this, please e-mail schools@clubdoncasterfoundation.co.uk or call 01302 764663 to speak to a member of the team. 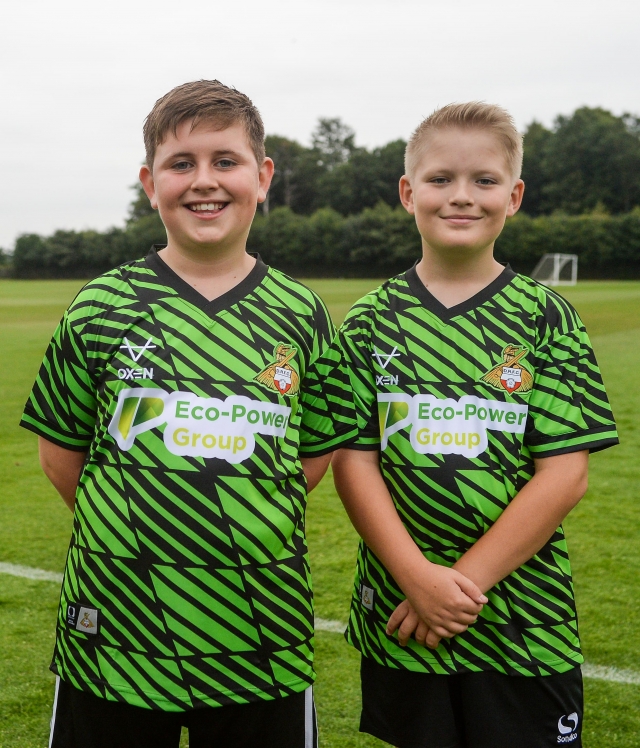