Louis, who has also taken part in NCS back in 2016, was the second footballer in South Yorkshire to take on an NCS Graduate in the YES/NO challenge with the rule being, don’t say Yes or No. Louis and Holly went to-to-toe after finding out they shared a lot in common, not only had they both done NCS but they attended the same school.

NCS is a flagship government initiative that has provides 400,000 young people aged 16-17 the chance to take on new challenges, experience exciting activities, make long-lasting friendships and develop vital skills that will support them later in life.

“It was great to meet Holly and share our experiences about NCS. I know first-hand the quality of Doncaster’s NCS programme. It’s a great opportunity for young people and would urge more to get involved”.

“I thought I did ok but it’s a lot harder than you think, it was great fun!”.

Club Doncaster Foundation have delivered the NCS programme since 2012 engaging engaged over 2,000 teenagers in Doncaster have made a huge impact in the local community with 60,000 hours of social action delivered!

There are still spaces available on NCS with Doncaster Rovers. Click here to get £15* off when you book your place or to find out more about NCS.

*Discount is offered to specific regions only.

Ben Purrington was the first from Rotherham United to have taken part in the YES/NO challenge. Visit NCSEFLTrust.co.uk to see how each player has done from South Yorkshire. 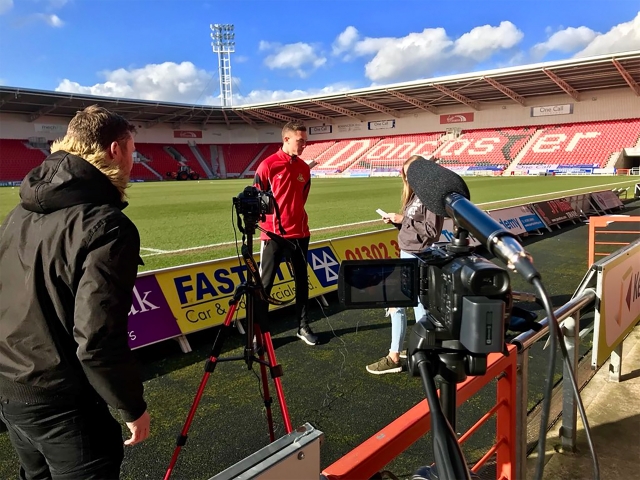