NCS graduates and ambassadors from this summer’s programme put on a mini NCS programme, which took place at this years’ appointed NCS match day when Doncaster Rovers faced Peterborough at the Keepmoat Stadium on February 9.

The graduates, as one of their projects for the year, came up with the idea to showcase to Rovers fans and the young people who attended the match what NCS is all about, raising a total of £149.51 for mental health charity MIND.

They decided to do this via a mini NCS experience of the three main waves during the summer: adventure, discovery and social action.

Graduates were on hand to speak about their experiences on the programme and coordinated all the activities on the matchday, which took place before kick off around the East Stand entrance.

The NCS team also guided the graduates and ambassadors on a half time parade around the pitch, with clips and images shown on the big screen throughout half time. 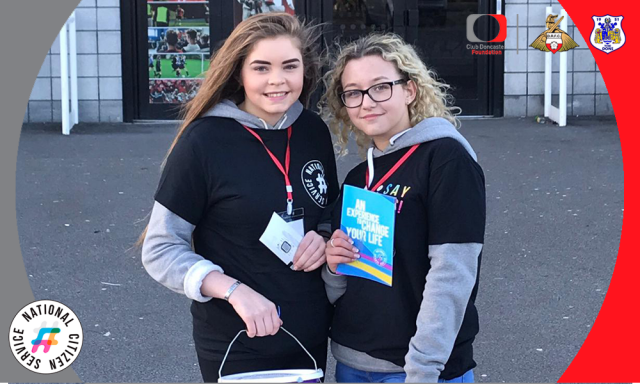