Doncaster Rovers winger Matty Blair has been presented with a community award by the Professional Footballers Association (PFA) in recognition of his ongoing support for the club’s official charity.

After nominating Matty for his community involvement this season, Club Doncaster Foundation handed over the Community Champion Award 2018/19, on behalf of the PFA, before Rovers faced Accrington Stanley at the Keepmoat Stadium on April 23.

The PFA Community Champion Award aims to raise awareness of the great support that PFA members provide to their club’s community activities during the season. 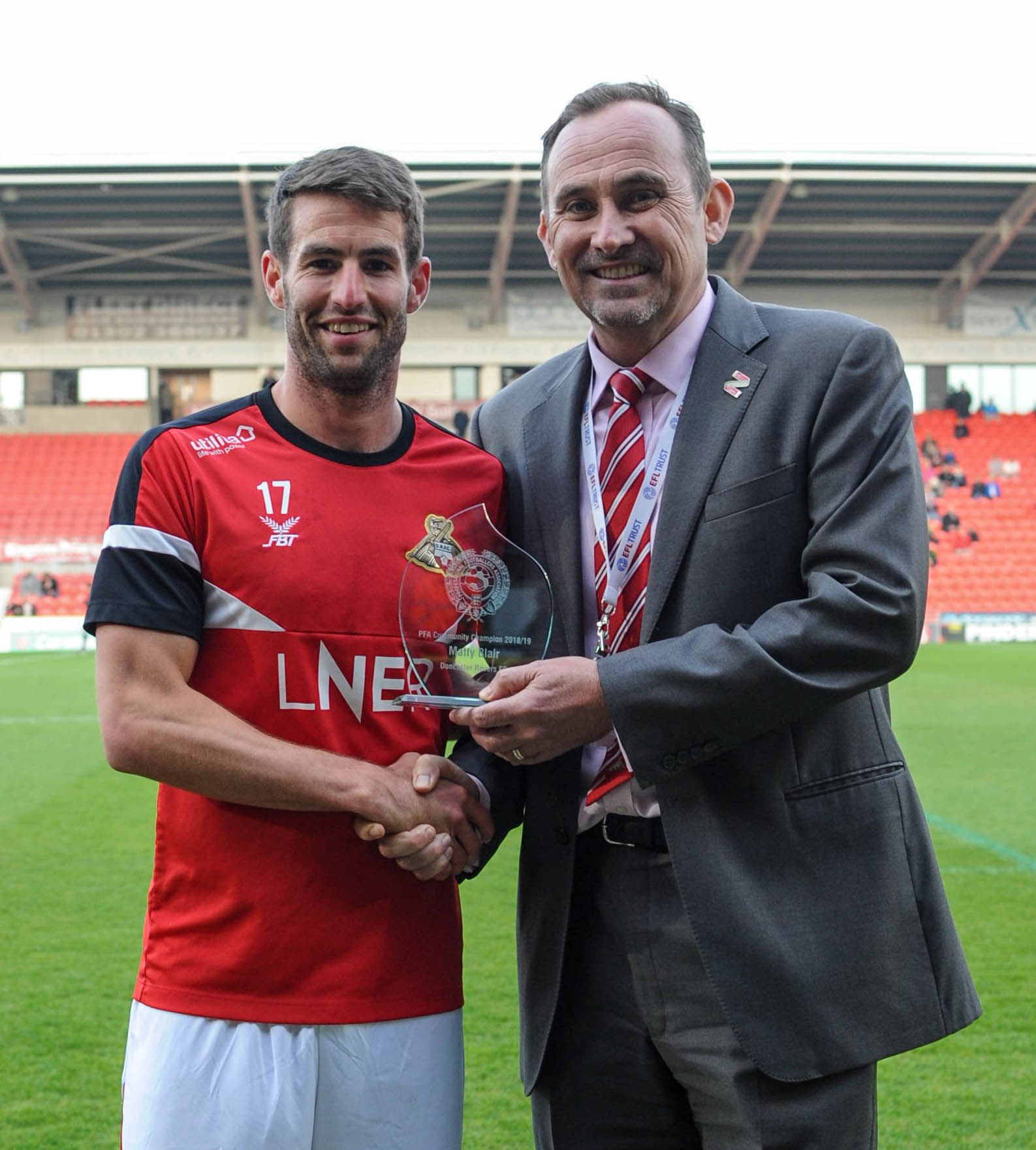 This latest award comes just weeks after Matty was crowned EFL SkyBet League One Community Player of the Year for the second successive season. The award came as no surprise, as the Warwick-born player has continued to commit his own time to the Foundation.

Blair has constantly lent his support to numerous Foundation educational programmes during the 2018/19 campaign, including health and wellbeing project, Fit Rovers, where he attends a minimum of three sessions per course, and the Rovers Roadshow programme. 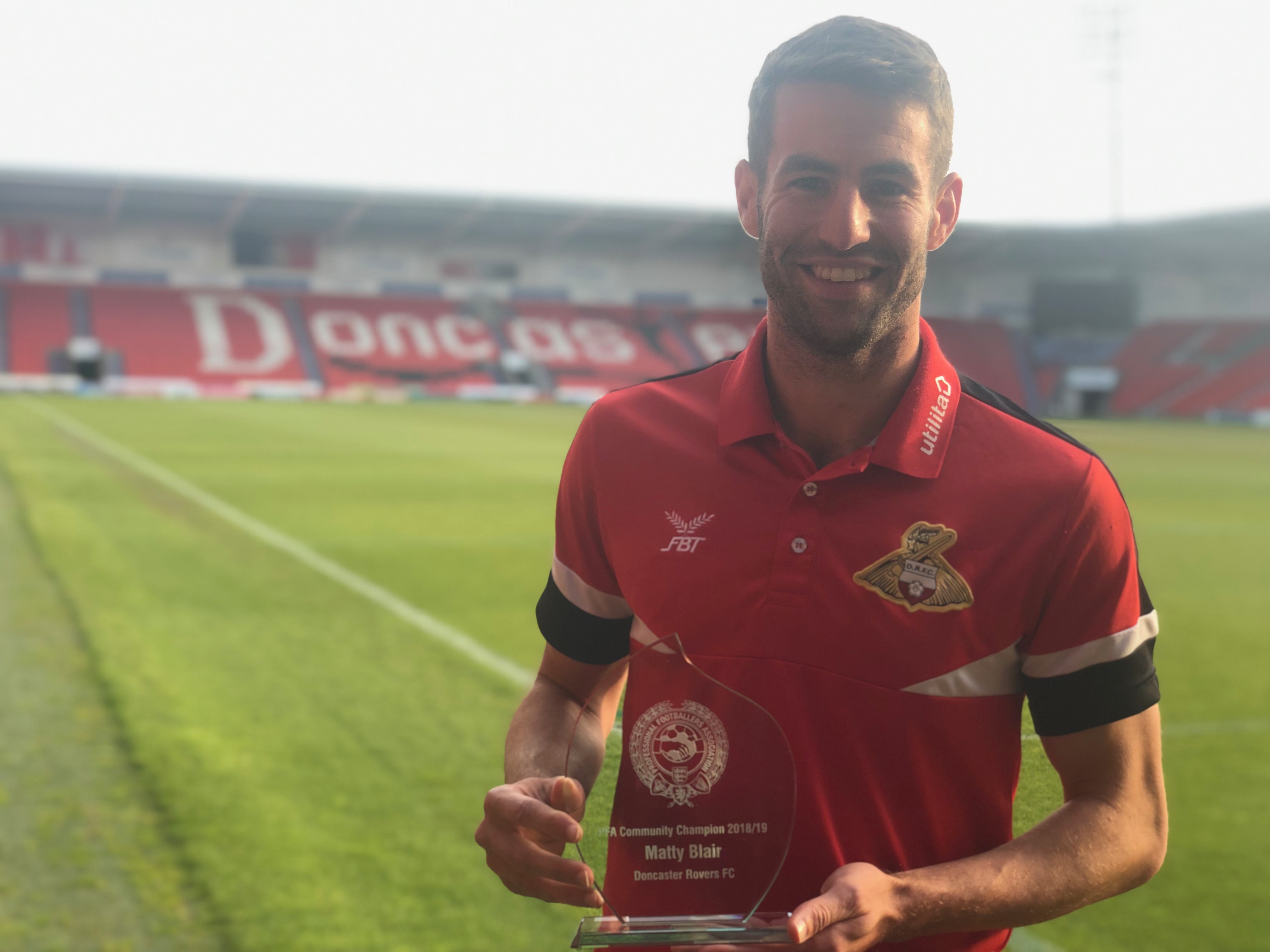 The 29-year-old continues to go above and beyond for the local community, having become the Fit Rovers ambassador for 2018/19, which has seen his involvement in the project increase massively. Blair also supports multiple programmes linked to mental health, including Time to Talk Day and a variety of projects Doncaster Rovers have devised alongside mental health charity, Mind.

The Foundation has seen an increase in Rovers player activity over the past 18 months, while Blair himself has completed more player visits than anyone else in the club for the third year running.

As a regular speaker to students at Club Doncaster Sports College, he talks about the importance of hard work and life choices, drawing on his own experiences - both in breaking into the professional game late after coming through non-league and his personal experiences in 2017. 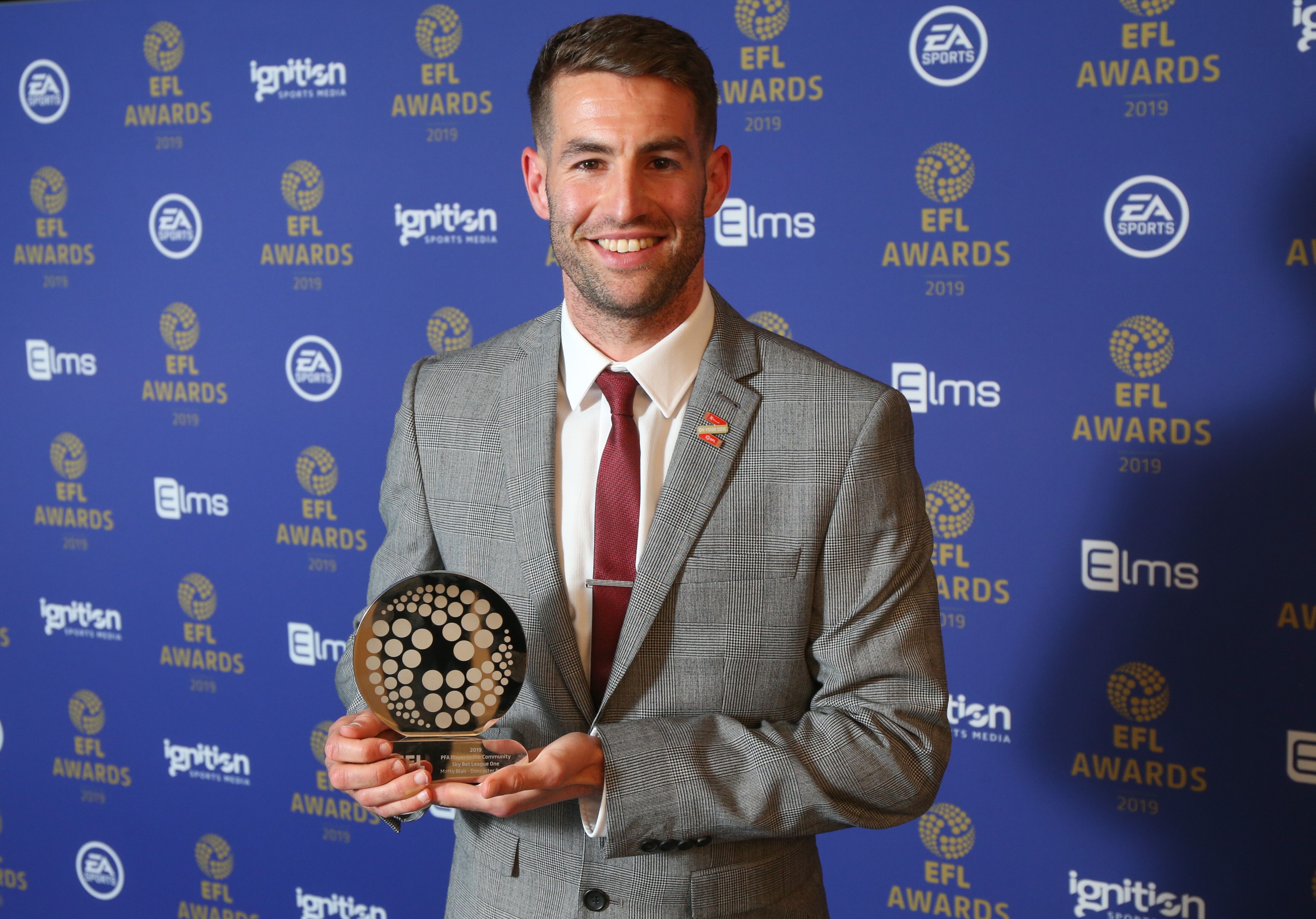 Blair said: “I have always enjoyed getting involved in community work, and Doncaster are the best club I have been at for that by some distance.

“They make it easy for me, and I am more passionate than ever to help because so many people at the club are giving up their time to help people from the area. The club’s support for me when I lost my brother was incredible, from my team-mates to the staff to fans.

“The community of Doncaster has taken me in, they put a metaphorical arm around my shoulders and gave me support when it was needed, and no amount of my time could ever match that.” 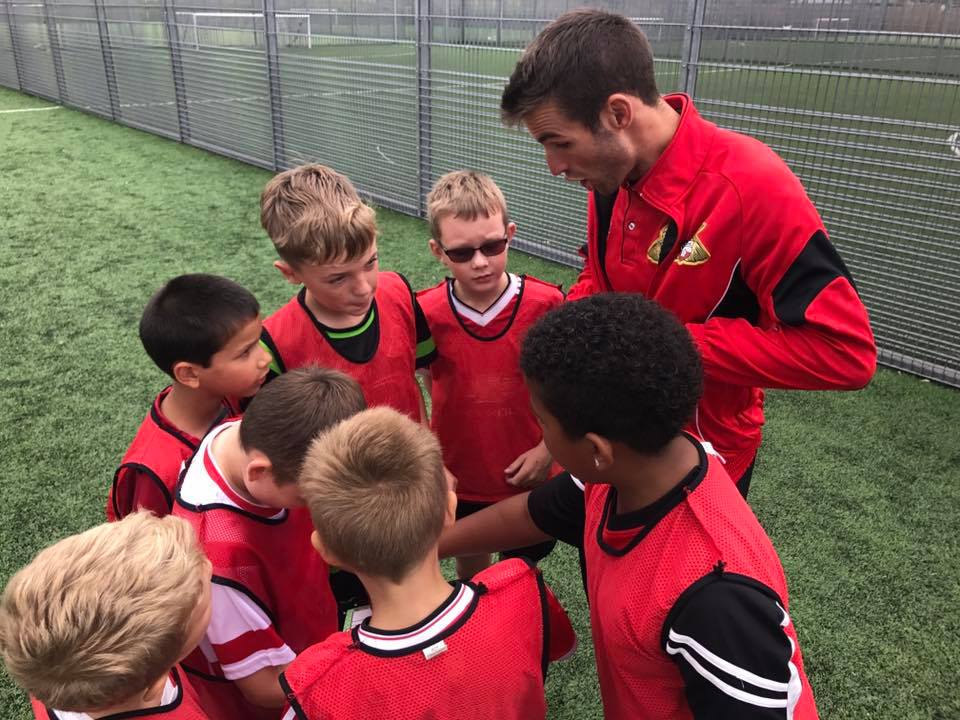 Rovers manager Grant McCann said: “Matty Blair is a pleasure to manage, he gives 100 per cent to everything he does and shows a level of professionalism that is an example to anyone - whether a footballer or not.

“You can see how much he means to everyone at the club, and his commitment to joining our staff on their community work is incredible. Matty’s dedication means he will leave a great legacy on and off the pitch for this football club.”

Scott Copeland, Fit Rovers lead at Club Doncaster Foundation, reiterated what McCann had to say, commenting on Matty’s “genuine interest” in participants. He said: “For us it is massive to have the support of the club and Matty, who really goes above and beyond in his support of the course. 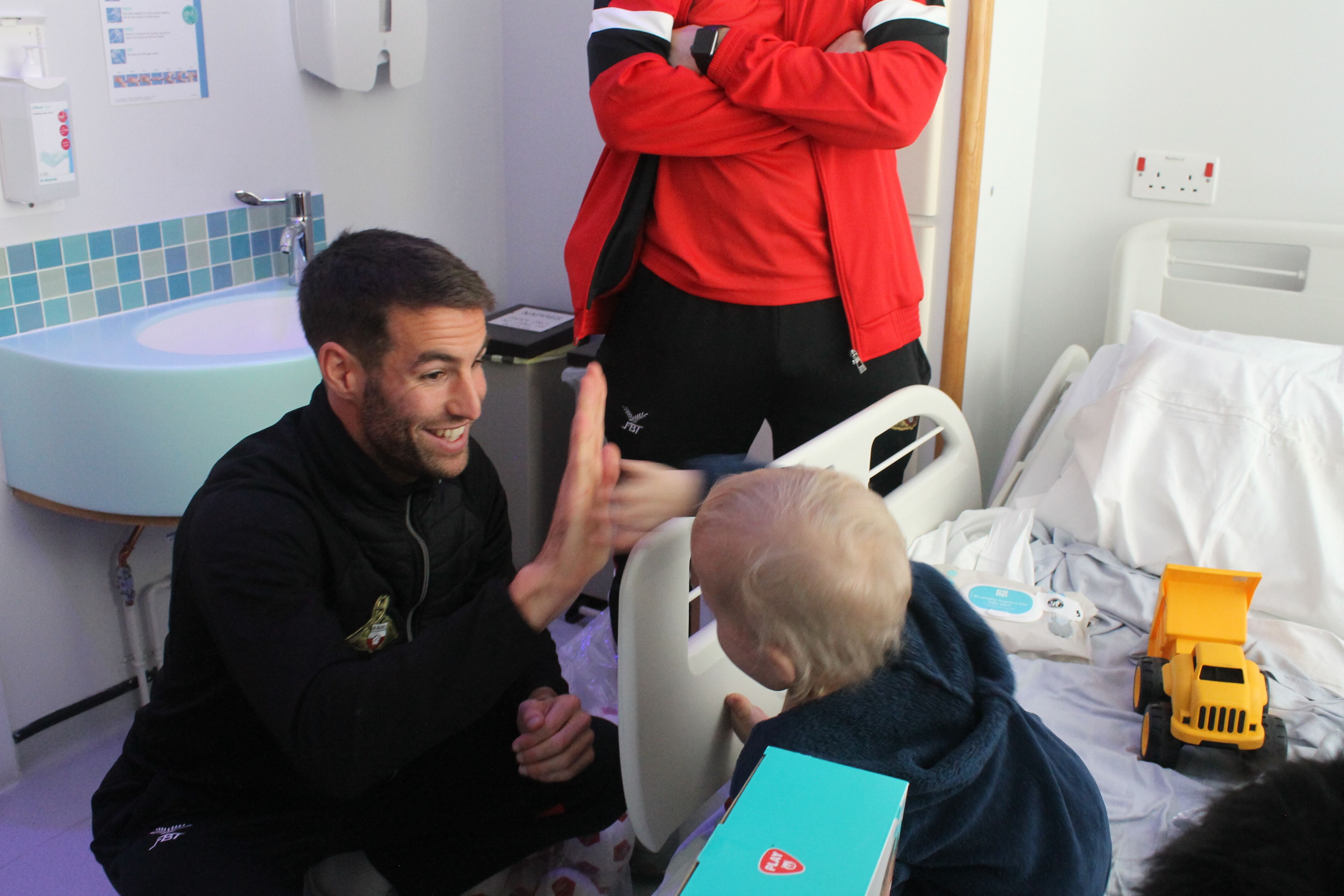 “When Matty comes down he has a genuine interest in the participants, which gives us a different perspective, he has a brilliant empathy with the guys we encounter and can appreciate the struggles they have outside the sessions.

“He makes himself available whenever needed, and sometimes just turns up when not requested. He just understands the whole Fit Rovers ethos and is a friend to all those on the course.” 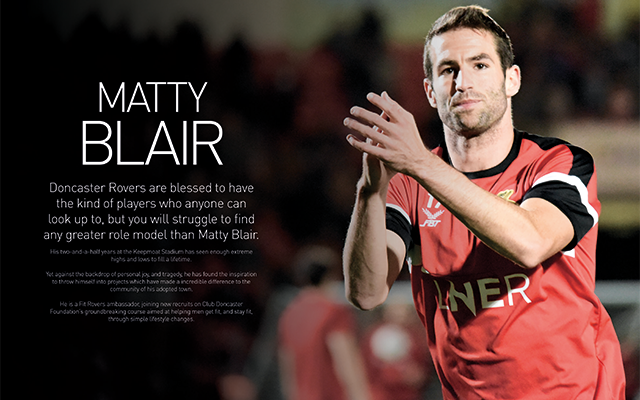