Matty Blair has been named as the 2019/20 PFA Community Champion in recognition of his exceptional support for Club Doncaster Foundation.

Since joining Rovers in 2016, Matty has gone above and beyond with his efforts in the community, which has seen him build a unique relationship with the Doncaster people.

Most notably, Matty helped launch the Fit Rovers Ladies project and makes regular appearances at sessions in which he has a genuine interest in the wellbeing of participants.

John Davis, COO of the Foundation, has thanked Matty for his ‘remarkable’ efforts in getting involved with the community operations of the club.

He said: “Everyone across the Foundation appreciates the work that Matty has put in. Matty spearheaded the Fit Rovers Ladies launch and has been our Fit Rovers ambassador since 2018.

"Matty has worked tremendously hard to help engage people and get to know them on a personal level.

“Everyone at the Foundation would like to thank Matty for his commitment and support, he’s truly been a pleasure to work with.”

The 31-year-old also made regular appearances at Club Doncaster Sports College where he was always more than happy to speak to students about his experiences in football, as well as life as a professional athlete.

The PFA Community Champion Award aims to raise awareness of the support that PFA members provide to their club’s community activities during the season.

John Davis added: “We’d also like to thank the PFA for their ongoing support, particularly during these challenging times." 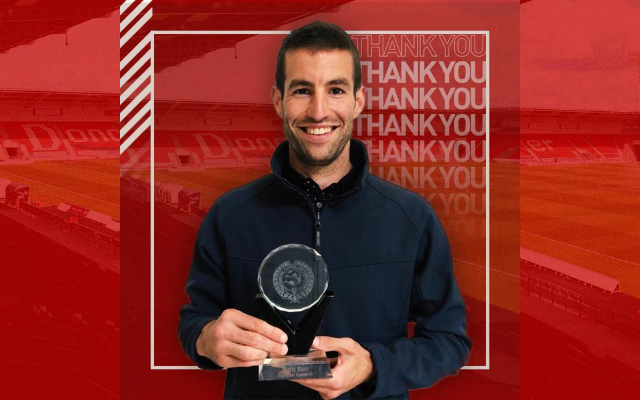