Former Doncaster Rovers player Matty Blair has donated 240 protein bars to Fit Rovers as a parting gift after he left the club during the summer.

Matty had been a Fit Rovers ambassador since 2018, and made an incredible commitment to sessions which he attended regularly, and often unannounced, to give participants words of encouragement and motivation.

Nick Gillott, community development manager at the Foundation, said: “Everyone associated with Fit Rovers knows the enormous effect Matty has had on the project during the last few years.

“He’s once again shown his class and has gone above and beyond for the people of Doncaster, many of whom he has personally befriended.

“I know for a fact that Matty wanted to come and say goodbye in person to everyone, but was unfortunately unable to do so due to the pandemic.

“Myself and the wider Foundation would like to thank Matty for his work during the last few years. He’s been an excellent ambassador for the Foundation and has been a credit to the club.”

Matty, who joined Rovers in 2016, was recently named the PFA Community Chamion for the 2019/20 season.

Speaking to the EFL about the Fit Rovers participants earlier this year, he said: “We've grown a bond that's unbreakable in regard to my life after football through Fit Rovers."

"I'll still speak to people at Doncaster that have nothing to do with the football side, but the community.

"They probably don't see me as Matty Blair the footballer any more, as I don't want them to, they see me as a normal person.”

You can find out more about Fit Rovers, here. 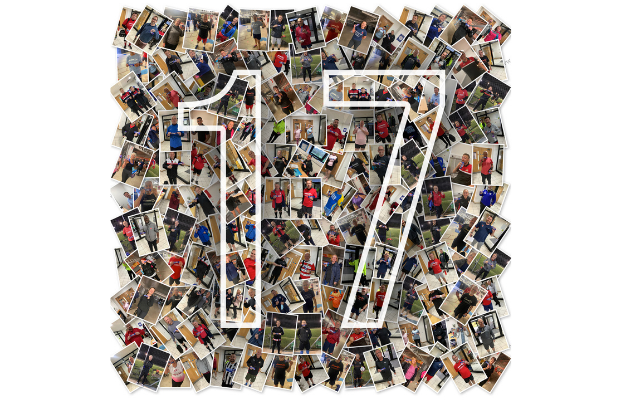