Club Doncaster Foundation were proud to stand by Matty Blair last night, as he picked up his League One PFA Community Player of the Year accolade at the EFL Awards.

Matty has been nothing short of a hero this season, changing the lives of the community through the power of his player visits.

The effort and passion he puts into each session has been particularly amazing this season, after the tragic loss of his brother earlier in the season.

“This club has given me so much in what has been the toughest year of my life, I always say I just try to be the best person I can be and see where it takes me. I’ve been at some great clubs with great community work, but the work behind the scenes hat goes on at Rovers is incredible. There is so much work going on by staff at the club and at the Club Doncaster Foundation that it isn’t much to go down to a session and help out.”

“Matty deserved his trip to the EFL Awards in London on Sunday, he is a great role model, not just how he has dealt with his brother’s death but the way he is off the pitch - always available to do the community work when asked.”

Matty celebrated the award the only way he knows how – with a community visit to a Club Doncaster Foundation session! He spent his Thursday evening with the Fit Rovers team as their seventh course reached the half way stage.

For more information about Fit Rovers, or any of the community work Club Doncaster Foundation do, contact the team on 01302 764663. 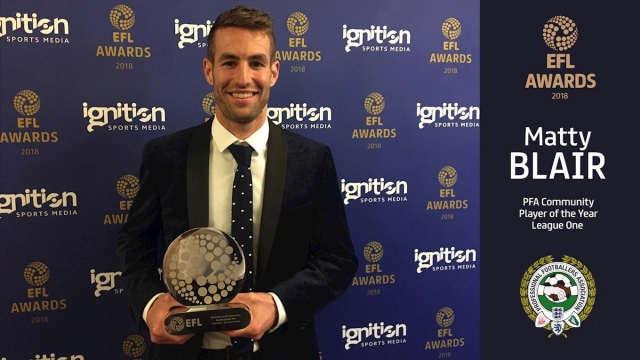