Eva Madarang has been named the Belles Football Welcomes ambassador for the 2019/20 season.

The Foundation was one of just five similar football charity organisations across the UK to receive funding from Amnesty International to spearhead the project - the other four are: Liverpool, Aston Villa, Leicester and Middlesbrough.

Madarang said: “Football Welcomes is really important project and I’m proud to be the ambassador for it.

“I’m looking forward to the role and to working with everyone at the Foundation. I know everyone has put a lot of work into the Football Welcomes campaign over the last year and a half and I’m really pleased to be part of it.

“We will be holding a boot drive at our match against Bedworth and I’d encourage any fans who have old football boots or astroturf shoes which they no longer need or use to donate them at the game on November 10.”

As well as the mental and physical health benefits playing recreational football can bring, there will be opportunities for participants to attend English classes, volunteer, undertake refereeing or coaching training or join local grassroots sides, among other activities, including the potential to obtain FA coaching badges with the Foundation.

Alongside Doncaster Rovers striker Alfie May, Eva and Club Doncaster will continue to support DCC United, providing them with facilities and training kit as part of the ongoing partnership. 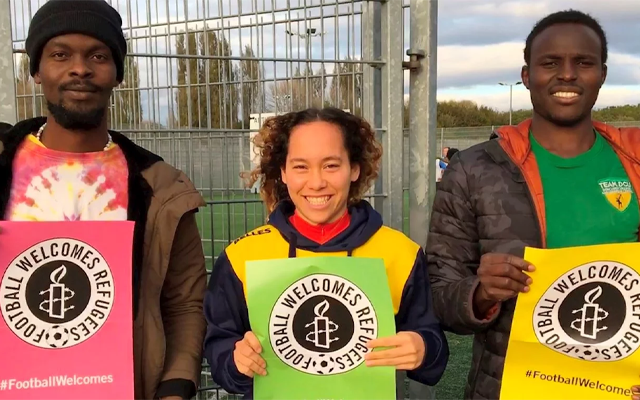