‘If you want a career in sport, there’s no better place to look’: Dons rugby player Ben Howe on his experiences at Club Doncaster Sports College

Howe, who studied at the college for two years and captained the Rugby League academy before moving onto the College’s degree programme, has just signed his second pro deal with the Dons following an impressive try against Wakefield and his exemplary attitude in training.

“The College’s link with the dons gave me the opportunity and I was lucky enough to get a contract out of it”, Howe explained.

“It’s such a good environment to learn in, if you want a career in sport, there’s no better place to look. If you're going to go down the A-level route it's hard to specialise, but if you come here, it's sport and sport only.

“If you know that's what you want to do there's no better place to come and do it. It’s specialist, its sport and its practical, you cover it all. The teachers are focussed and you want to learn, it would be a no brainer.”

Ben also discussed his excitement for the Rugby League World Cup 2021, which is coming to Doncaster this time next year.

“It’s huge for not only the country but for Doncaster, to have three games at the Keepmoat is a massive opportunity to push the sport in the area.

“In terms of the tournament, you’ve got your big teams, England, Australia, New Zealand, so it’s hard to predict. It’s going to be a good tournament. Hopefully by then we’ll have fans through the door.” 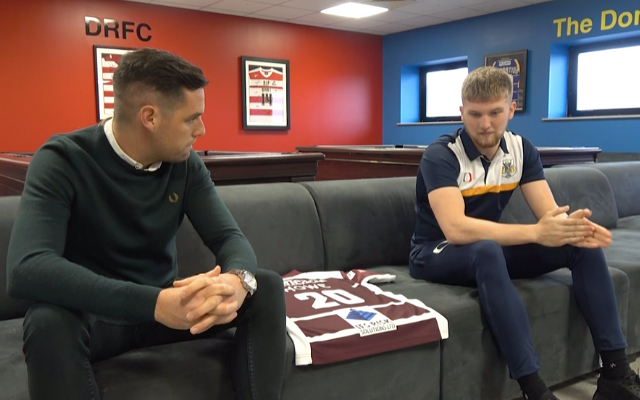