A total of 64 secondary school girls from across the Doncaster region took part in the Utilita EFL Girls Cup on Thursday afternoon, with Hallcross Academy going on to represent Doncaster Rovers at the area final after winning the tournament.

The teams competed in a mini league, facing each team once, with the top four schools advancing through to the semi-finals.

After two competitive semi-finals, Selby High School faced off against Hallcross Academy in the final.

A nervy encounter saw the match finish goalless after regular time, with Hallcross going on to claim glory in a penalty shootout. 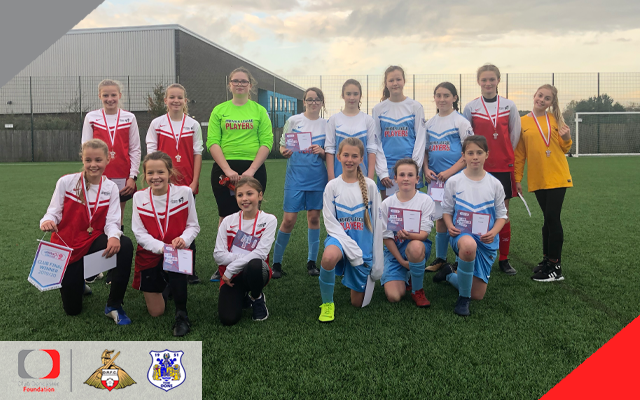 The girls, made up of year seven and eight students from their respective schools, were proud to represent their school at the tournament, and enjoyed the experience throughout.

Hallcross won the majority of their games on their way to finishing second in the league, behind beaten finalists Selby High School.

A strong performance from the Hallcross goalkeeper, who put in two excellent displays during both the semi-final penalty shootout and final shoutoout, saw Hallcross achieve champion status, making them deserved winners of the tournament.

Foundation sports development officer, Kelly Jackson-Powell, said was delighted with how all the girls played at the tournament. She said: “The girls turned up in the pouring rain and played so well. There was plenty of entertaining football throughout and has grown the status of girls’ football in the area.

“We are all looking forward to hosting the next part of the event."

The girls were visited by Doncaster Rovers Belles first team goalkeeper Kirsty Johnson, who was on hand to hand out the medals to the winners. The former Sheffield United player also spoke to the girls about her career playing football.

Hallcross will now go on to represent Rovers in the area final, which will be held at the Keepmoat Stadium at the start of 2020. The winner of the area final will then move on to the regional final, with the winner advancing through to the grand final held at Wembley Stadium in March 2020. 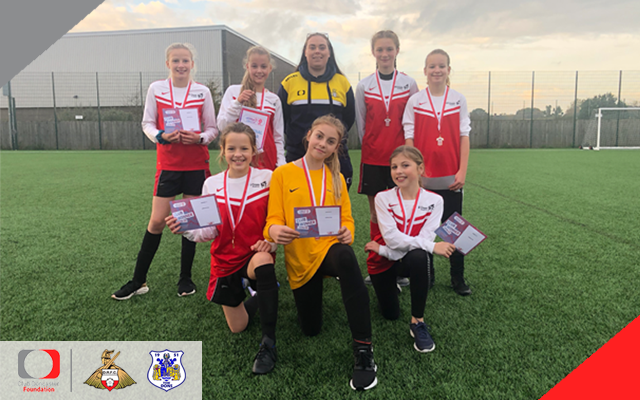