Club Doncaster Foundation, along with Doncaster Rovers, joined with the Viking Supporters Cooperative to welcome local refugee football team, Doncaster Conversation Club United, to play a football match with supporters and members of the Fit Rovers Veterans at the Keepmoat Stadium.

The match was an evenly contested and entertaining affair. The team donning yellow t-shirts, in support of Kick It Out, took an early two-goal lead and had a penalty saved before the team in bibs launched an impressive comeback to win 4-2.

After enjoying a match on the pitch, there was also a chance to look around the stadium and enjoy some food.

The event took place on EFL Day of Action – a day when all 72 EFL clubs put on community events – and launched Rovers’ two weeks of action in order to raise awareness of equality and diversity within Doncaster. 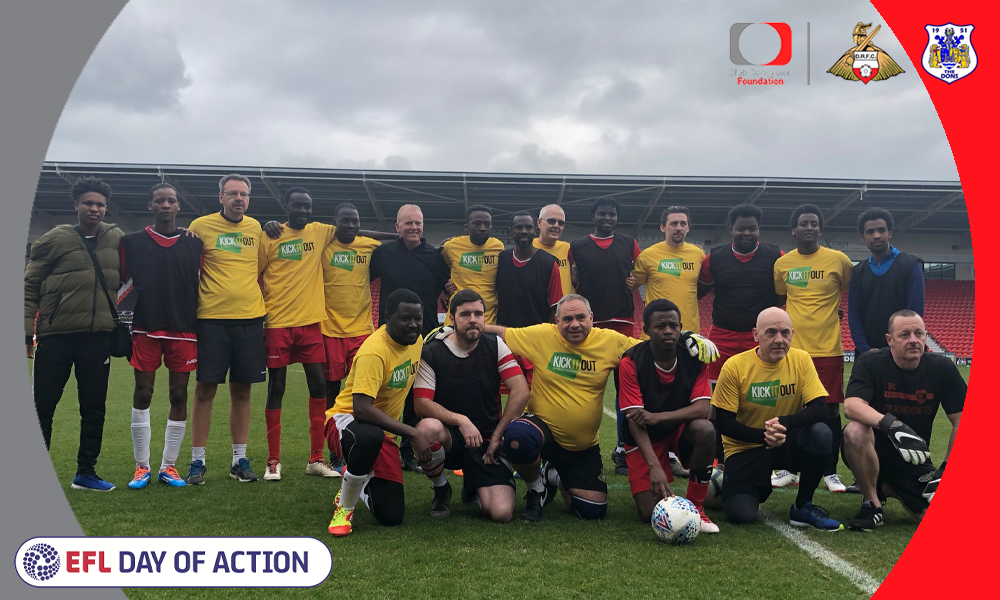 Doncaster Conversation Club United have recently started playing matches in a seven-a-side league and while funding for kits and shin pads has been easily accessible, they are struggling to provide boots for their players.

If supporters have any boots (either astro trainers or football boots) which are no longer in use and can be donate to the team, the club will be holding a boot drive at both Rovers home matches against Bristol Rovers and Walsall FC.

Supporters who would like to donate a pair of boots can do so by dropping them off at the Club Doncaster Box Office. 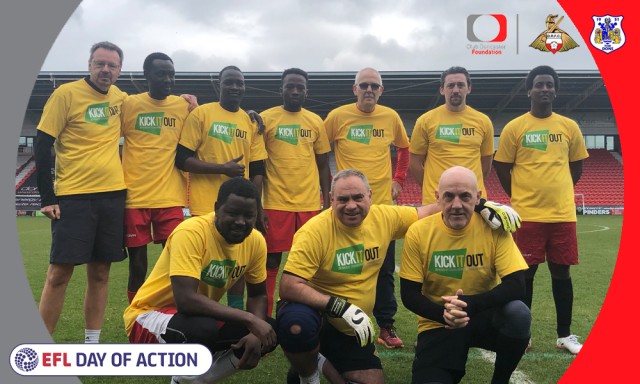