Josh, who joined the Foundation via an apprenticeship scheme while graduating from the Club Doncaster Sports College - received the award following a public vote.

Each winner received a memento from UK Coaching’s Royal Partron, HRH The Princess Royal to mark the considerable difference they made to people’s mental and physical well-being.

Josh commented: “First of all I would like to say thank you to everyone that voted for me for the UK Coaching Hero award. I feel honoured to have won the award and to have been recognised for all the hard work myself and the Foundation team put in throughout the pandemic. It was also really rewarding to see how many participants engaged in the variety of projects we delivered, especially how many children took part and joined in with the activities.”

Sports Development Offcier, Kelly Jackson-Powell, nominated Josh for his innovations and achievements which kept people moving during the coronavirus lockdowns.

Kelly added: “Josh didn’t let the pandemic get in the way of keeping participants engaged in our programmes and regularly came up with different ideas to do something different. The World Book Day live workout was a highlight of the work with 127 participants taking part!”

This award and our support for Doncaster community over this challenging period would not be possible without the support of our donors, our patrons and our key partners the Premier League Charity Fund and the English Football League Trust.

The picture shows Josh joined on stage by the other award winners (photo credit UK Coaching). 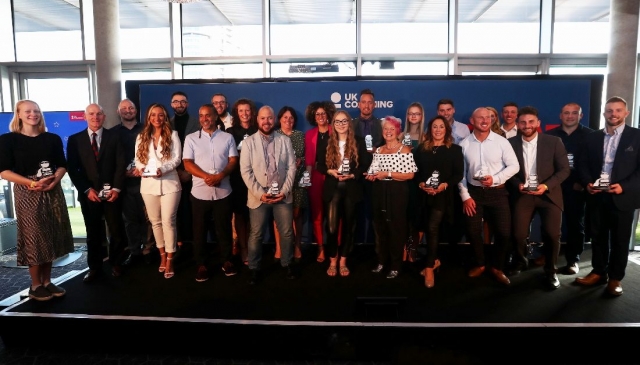