Ben Howe, former Sports College student and current Club Doncaster Foundation community coach, gained his first start for the Dons in 2022 last weekend, in their first victory since the start of the Betfred League One campaign. Alongside starting, Ben also scored his first professional try and was awarded the man of the match for his impressive performance.

Ben has been a part of the Club Doncaster group for a number of years, partaking in a range of courses through the Sports College, before signing a professional contract with the Dons. Alongside the Dons, Ben is currently enrolled as a current student with University Centre – Doncaster, based at the Eco-Power Stadium, while also delivering sports sessions at schools within the local area, for Club Doncaster Foundation.

Deputy Principal, Head of Further Education, Ben Thompson spoke about his delight of seeing the remarkable achievement of Ben; "The Sports College staff are delighted to see the hard work Ben is putting in, off the pitch, translating on the pitch.

"His attitude within the classroom around the other students is always fantastic. Before signing for his pro contract, he played a pinnacle part for the Dons Academy team and was named the academy captain.

"His achievements highlight the direct link that the Sports College has with the professional clubs here at Club Doncaster and sets a precedent for other students to hopefully gain the opportunity to build their own pathway into professional sports too.’

Speaking of the vital link between the Sports College and the Dons, CEO Carl Hall commented, "Everyone at the Don’s is thrilled for Ben being named man of the match on his first start in 2022.

"Ben signed for the Dons as a result of his performances within the Club Doncaster Sports College rugby league academy, as a student. Having the pathway available for local young people to progress into a professional setting is essential, and Ben’s story shows how this is possible and what can be achieved with the right work ethic and attitude." 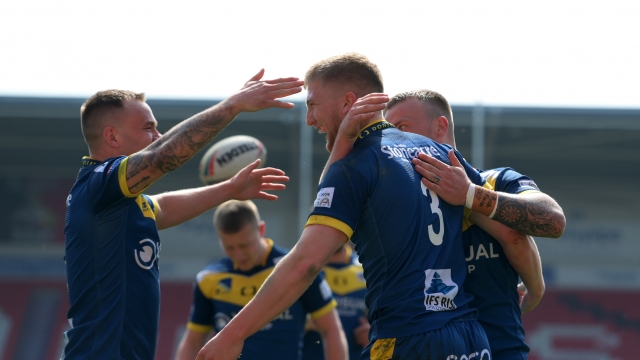