Amnesty International UK is inviting football clubs to take part in its third Football Welcomes weekend of action, on April 27 and 28 2019, to celebrate the contribution refugees make to the game.

The first Football Welcomes weekend took place in April 2017, on the 80thanniversary of the arrival in the UK of a group of child refugees from the Spanish Civil War who went on to become some of the first refugees to play professional football here. Players whose families have had to flee conflict and persecution have been making their mark on the game ever since.

In 2018, the number of clubs participating in the weekend doubled to 60, including over half the Premier League and teams from across the FA Women’s Super League, the Scottish Premiership and the English Football League, as well as grassroots clubs. Please join us in making it even bigger in 2019!

There are lots of things clubs and foundations/community trusts can do to take part. Here are some examples:

Football Welcomes comes under Amnesty UK’s I Welcome campaign, which calls for a better international response to the refugee crisis and encourages local communities to work together to create a more welcoming environment for refugees and people seeking asylum. With football clubs at the heart of so many communities across the UK, and with football’s unique power to bring people together, they can play a key role in helping to make people feel welcome, to settle in to new country and in promoting integration and inclusion.

We’d love clubs of all levels across the UK to take part, including those that have or have had refugee players in their teams and those that are running, or would like to run, projects to support refugees. We will co-ordinate national media work and provide clubs a template press release for local media, template copy for programmes and websites, and social media graphics. 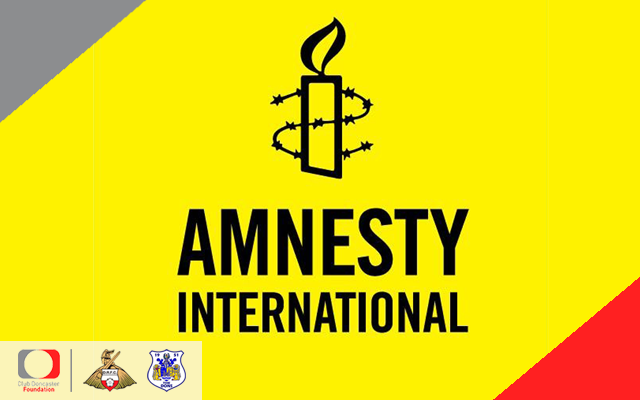