Fit Rovers, in their mission to support all areas of health and wellbeing across Doncaster, have once again teamed up with British Lance Bombardier Ben Parkinson MBE, the former paratrooper who cheated death in Afghanistan, to support him and his charity.

The 34-year-old, who lost both of his legs in an anti-tank mine explosion in Afghanistan 13 years ago, recently visited Fit Rovers and took part in an energetic Fit Rovers veterans session with fellow participants.

As well as losing both of his legs in the explosion, Ben also suffered brain damage and other multiple injuries to his limbs, being told he would never walk or talk again.

Yet the Yorkshireman has made a fantastic recovery, even to the point where he is able to take part in the active vets sessions.

Ben became an honorary member of Fit Rovers and has constantly supported the project, with Club Doncaster Foundation continuing to strengthen the partnership between the charity and Ben.

In an interview with The Yorkshire Post, the former Armed Forces operative spoke highly of the support he receives around the Doncaster region. He said: “I’m lucky coming from Yorkshire, particularly Doncaster.

“The people have supported me from my first day home. Everywhere I go people talk to me, not like a stranger, but like an old mate. It’s not like that for all the injured guys.”

The Foundation have supported Ben’s charity for numerous years and have pledged to continue to allow Ben access to all Club Doncaster facilities. 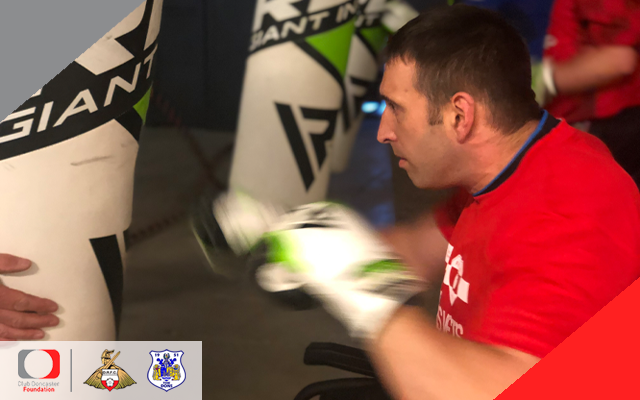 Health and wellbeing manager, Nick Gillott said: “Ben is a hero and we will do what we can to help him achieve the goals he continues to set himself.

“His story is inspiring and to have him down at our Fit Rovers sessions taking part is a true testament to his character.”

Ben is currently at home in Doncaster, receiving outstanding support from his Rehabilitation Team, the local people of Doncaster and his Regiment.  Ben was awarded Yorkshire man of the Year in October 2009 and carried the Olympic Torch in June 2012.

He was awarded an MBE from the Prince of Wales at a ceremony at Buckingham Palace in 2013. 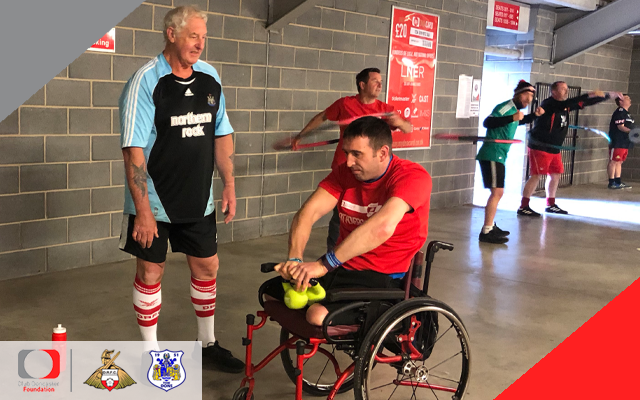