The No.26, who has now played in over 600 professional football matches during his career, has the joint-most assists in Sky Bet League One this season, and has helped guide Rovers into the play-off places during a busy Christmas period.

Coppinger is an advocate of the Fit Rovers programme, having shown his support since its lauch in 2017 with frequent visits to the course and dropping in on sessions.

Like his fellow teammate and captain, Andy Butler, the Rovers winger was awarded a framed Fit Rovers jersey by Fit Rover Wayne Tomlinson and Patrick Queen before kick-off to recognise his 600th game.

The Fit Rovers team will continue to show its support of the Doncaster Rovers side, with many of its members now attending more matches since they started on the course.

On behalf of everyone at the Foundation, we would like to extend our congratulations to Coppinger for achieving this career milestone.

The fans favourite started his career at Darlington, before moving to Premier League side Newcastle United in March 1998. Spells at Hartlepool and Exeter soon followed, before he signed for Rovers in 2004. 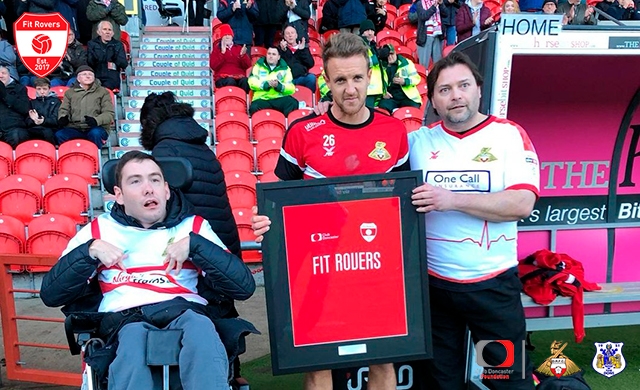