Over the past week, Club Doncaster Foundation joined over 1,700 community groups around the country in taking part in Alcohol Awareness Week. Throughout this time, which saw more than double the number of groups that took part last year, the Foundation took the time to look back and reflect on those it has helped in overcoming alcohol-related issues.

The health and wellbeing programme offered by the Foundation, Fit Rovers, has allowed more than 250 men to improve their fitness and make a positive change to their lifestyle.

The programme tackles awareness of diabetes, dieting and, most notably, alcohol consumption, to which one member of the most recent Fit Rovers course has benefitted from drastically.

Nigel Beardsley, 59, began the Fit Rovers programme at the start of October this year, and has gone onto make big improvements to his lifestyle, including educating himself on monitoring his alcohol consumption.

Nigel admits he is a fan of red wine, and whilst Fit Rovers has not discouraged him from cutting out drink altogether, it has opened up his eyes to effectively managing his alcohol intake. He even goes as far to admit his drinking habit became a “joke” amongst his friends and family.

He said: “My drinking had become a joke. My family and friends would say, jokingly, that because ‘Nigel is coming down I need to go and get three or four bottles of red wine in for the weekend.’ That really made me think about my drinking.”

Without going as far to say he was an alcoholic, Nigel did acknowledge how he had slipped into a drinking habit that would be difficult to break: “During the week I’d have the odd glass of wine, but then that odd glass of wine became a couple of glasses of wine”, he told Club Doncaster Foundation.

“I do a lot of cooking, so I would crack open a bottle of wine and pour myself a glass whilst I was cooking. By the time I had finished cooking and the meal was ready, I’d pour myself another glass to have with the meal. Then when I was tidying up, I’d notice the last bit remaining in the bottle and think to myself ‘I may as well have that’, so I’d pour that last glass.

“In your head, it’s not crazy drinking, as that bottle of wine has lasted the entire evening. But before you know it, you are doing that every night, and that becomes a habit.“

Since joining Fit Rovers, Nigel has made a huge improvement to his lifestyle, which has led to a decrease in alcohol consumption, improved self-confidence and general health. He went onto add: “My wife was going on at me, saying that I need to break this cycle. 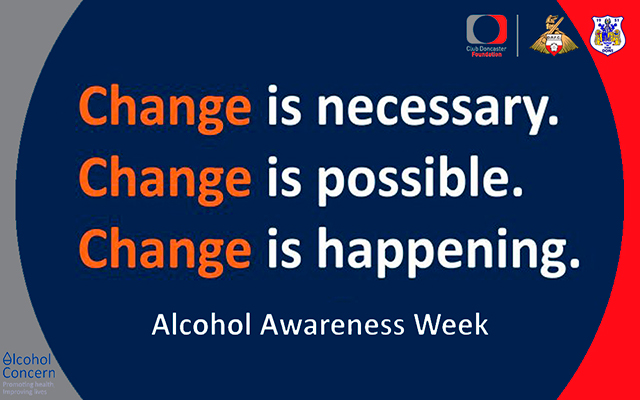 “I haven’t stopped having a drink, but whereas before I was buying seven bottles of wine a week, since I started Fit Rovers, I’ve been buying one or two every few weeks.

“The guys at Fit Rovers would stress that you can easily undo your good work by treating yourself after a session. Doing Fit Rovers has certainly helped dramatically when it comes to allowing me to achieve my results. It has helped me break the habit.“

Every year, thousands of lives are lost and hundreds of thousands damaged as a result of alcohol. This has increased the number of partnerships Alcohol Change UK, the charity who spearheads the week, allowing more people to be treated.

For more information on how Fit Rovers may be able to help you, please get in touch on 01302 764663 or alternatively at fitrovers@clubdoncasterfoundation.co.uk. 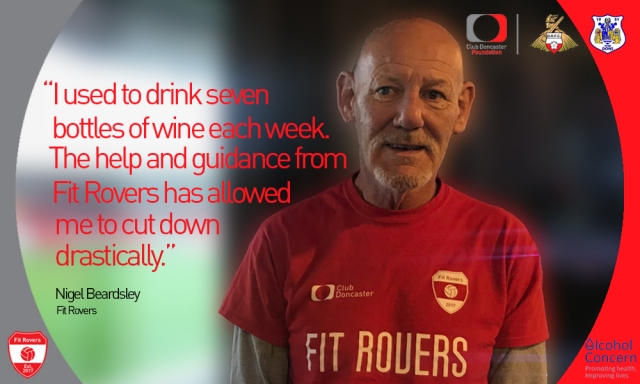