Rovers supporters got to get up close and personal with their heroes during Friday's Open Day at the Keepmoat Stadium - which saw fans join in a team photo and challenge the players to a game of football.

The annual event was the most interactive yet, with plenty for young supporters to do at the family-focused event.

Families were greeted by Spider-man and Wonder Woman on arrival, before being able to enjoy a range of events including a petting zoo and a nine-hole mini golf course as well as basketball and football challenges.

The entire first-team squad attended for a training session held on the Keepmoat Stadium pitch, with youngsters challenged to the same sprint and jump tests the players were put through on their return from pre-season in June at the same time.

After training and testing drew to a close it was time for the young fans to challenge the players to a game on the main pitch - no one was keeping score, but there were plenty of goals from the supporters.

The Foundation ran their own stalls throughout the day, including a condensed matchday experience challenge, which was one of the reasons behind why Rovers were named EFL Family Club of the Year, and Donny Dog's Snack Shack - where children were invited to try a variety of different fruit and vegetables, and even creepy crawlies.

That was followed by a complete team photo of all attendees along with the first-team squad, who were joined by players from Doncaster RLFC and Doncaster Rovers Belles who had been on hand all day handing out free junior tickets, before everyone who attended was given the chance to get an autograph and selfie with their favourite players.

Event organiser Michael Burton said: “That was the biggest open day we’ve ever hosted, so thank you to everyone who contributed to making the day a real success. Whether it was White Post Farm with the petting zoo, snooker professional Nigel Bond who put on sessions or Spider-Man and Wooder Woman who popped up, it was a great effort from everyone to put it on.

"Everyone at the club looks forward to this event because of the unique opportunities for engagement we can provide, the players and staff were all brilliant but the amazing fun attitude of all the fans that came down is what really makes it a success. Thank you all fans - and we look forward to seeing you next Saturday, when we'll have plenty of activities once more." 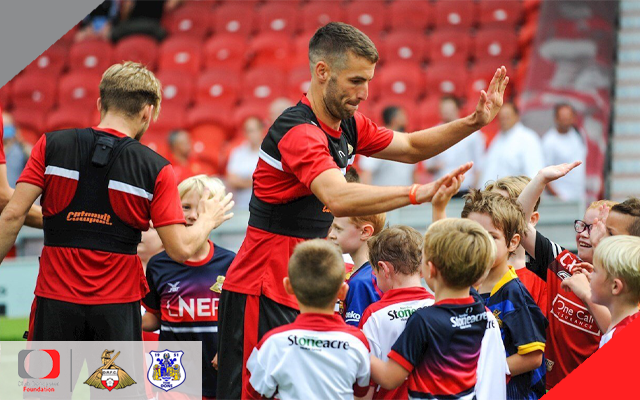