Today, the English Football League (EFL) will mark its fifth Day of Action, where all 72 Clubs from its three divisions come together to demonstrate the impact that football has in positively changing people’s lives.

Throughout the Day of Action, Club players and managers will join participants in a range of community activities including food bank deliveries, projects to tackle loneliness and mental health, support programmes for refugees and asylum seekers, initiatives for children living in poverty, and disability sports sessions.

The importance of football Clubs to their local communities has never been clearer than in the last year, with millions of people across the nation relying on their local Club for food donations, mental health and wellbeing support and even transport to and from Covid-19 testing and vaccination sites.

Since March 2020, EFL Clubs have collectively distributed over 1.4 million food parcels, more than 179,000 items of PPE, 22,000 prescriptions and donated over 2,100 laptops and tablets to people facing technology poverty. Club staff and their players have had in excess of 527,000 outgoing and incoming conversations with fans and vulnerable people, and over 600 job opportunities are being delivered for young unemployed people. That includes more than 2,000 phone calls and 700 care packages being delivered by the Foundation to people across Doncaster.

During the Day of Action, players and managers from Clubs in the Sky Bet Championship, League One and League Two will join staff and participants from their local areas to showcase some of the most impactful projects.

Rick Parry, Chair of the EFL, said: “The way that our Clubs and CCOs have adapted to deal with the challenges of the past year is remarkable, responding to the growing needs of their communities affected by the pandemic while also continuing to deliver critical life-changing programmes in towns and cities across England and Wales to people who need it most.

“The EFL Day of Action gives us a platform to step back and take the time to acknowledge the hard work that our Clubs are doing in their communities every day of the year.

“Community work delivered by football Clubs is without a doubt one of the key mechanisms in helping to address important societal issues with the aim of building stronger, healthier, active, more cohesive communities.

“It’s great to see all 72 EFL Clubs, players, managers, staff and participants come together to highlight the power of football in uniting people and working for the greater good.” 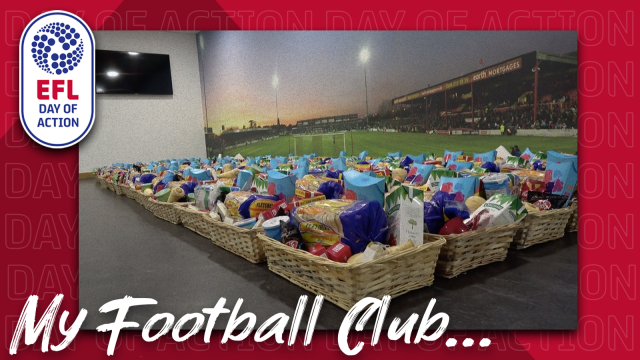