Dunkin' Donuts added as official patron of the Foundation

Through their recent bronze membership with Club Doncaster, Dunkin' Donuts have also become a patron of Club Doncaster Foundation.

Having already announced Taco Bell as a patron a few day prior, the Foundation have been able to add coffee company Dunkin' Donuts to their offical patrons list.

Committed to taking action in the local community, the team at Dunkin' have become a parton of the Foundation to promote and support numerous events that the Foundation run throughout the year.

The devotion to supporting the community is a main principal of the coffee company, with this latest corporate social responsibility campaign a major boost for the Foundation.

Dunkin’, one of the worlds leading coffee and baked goods brand, is opening a brand new store at Herten Triangle, Doncaster. The store will open on Friday 26th April - making it the brand's second store in Doncaster this week. Having opened on the ‘Eat Street’ foodmall at Frenchgate early in the week.

The Dunkin’ team are currently transforming their new unit with a stylish and modern fit out which will have both comfortable indoor and outdoor seating. The store will offer a welcoming environment for guests to enjoy Dunkin’ food and beverages in a friendly and fun atmosphere - including menu items such as the iconic Boston Crème, Mr Happy, Chocolate Caramel Duo and Maple crumb donuts, with a wide range of coffees and other beverages.

Founded in 1950, Dunkin' is one of the world’s leading coffee and baked goods brands with more than 12,600 locations in 46 countries worldwide, offering a wide range of high-quality food and beverages, including hot and iced coffee, espresso based beverages, and its world famous donuts.

At Herten Triangle the store will be owned by the franchise company, QFM Group which owns and operates other Dunkin’ stores including the sister store in Birdwell, Barnsley and Fox Valley, Stocksbridge.

Around 20 new jobs are being created at the new Doncaster stores which will open at 10am on Friday 26th April with a special ribbon cutting, plus an exclusive opening offer - free Regular drink with every Donut purchased until 29th April. 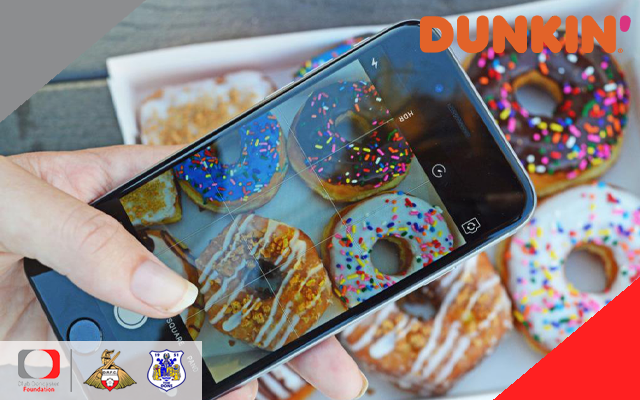