More than 5,000 children across 21 Doncaster schools have taken part in our new socially distanced sessions since they launched two weeks ago.

A number of new safety measures have been introduced to the provisions, including restrictions on equipment sharing, PPE and the use of cleaning products and sanitiser before, during and after sessions.

Josh Gelder, community coach at the Foundation, said: “Before we restarted our sessions, we were given ‘return to coaching Covid-19 training’ which, alongside the new measures, has made the new sessions a real success.

“It’s as important as ever for people to keep active, and being able to return to delivery has been a great feeling.

“We’ve been keeping the sessions as enjoyable and engaging as they’ve ever been, and the comments we’ve had from teachers have echoed that.”

In the two week period from September 3 to September 17, a total of 171 sessions were delivered in schools in and around Doncaster.

Kelly Jackson-Powell, sports development officer at the Foundation, said: “We’ve worked hard putting the measures in place to be able to deliver back in schools in a safe environment.

“The coaches have rolled this out successfully in schools, and we have had some fantastic feedback from teachers and parents.”

In light of the pandemic, the Foundation have created a series of alternative provisions for delivery for both Key Stage One and Key Stage Two.

This provisions strategy includes a new alternative provision, which focuses on ‘child catch up’.

To find out more about our school provisions, email kelly.jackson-powell@clubdoncasterfoundation.co.uk. 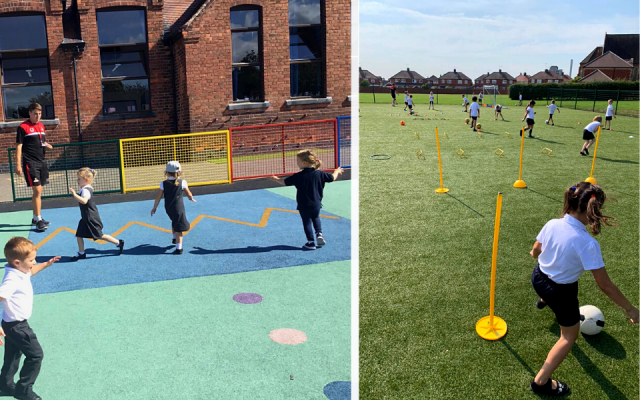