Professional Freestyle Footballer Ash Randall has teamed up with Doncaster Kicks to record a mini series of football skill tutorials.

The 22x Guinness World Record Holder has recorded five episodes containing step-by-step guides on skills such as the flip-flap, neck balance and the 'rocket launcher'.

Mark Cooper, Sport development officer at Club Doncaster Foundation, believes that the videos are a great resource for the community.

He said: " Having Ash engaging with our participants using his talents has been fantastic, particularly when we're conducting things remotely due to social distancing.

"We're very thankful for the time and effort he's put in and would like to encourage all Kicks participants to get involved and have a go at some of the skills.

"Having things to do such as these skill videos is a great way to break up the day and give the kids things to do and get active while they're at home."

A long form video containing all five of the tutorials is available on the Club Doncaster Home Goals Youtube account.

Ash, who was inspired to try football freestyle at the age of 16 after seeing a TV commercial where Edgar Davids was performing football skills, has set a number of world records, and even juggled a football for 13.1 miles during Cardiff Half Marathon.

You can find out more about Ash on his website, here. 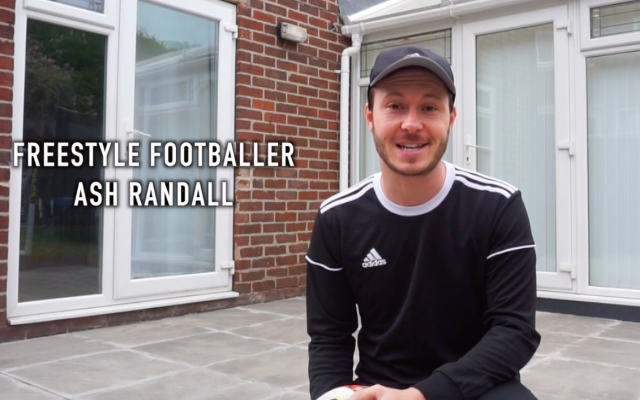