He will join unsung heroes from the other BBC Regions at the annual BBC Sports Personality of the Year event in Aberdeen where one of the regional winners will be named the national winner. Darren was surprised with this news live on BBC Look North on November 28 with Matty Blair delivering the news at a Titans training session.

Titans are a football club created and run by Darren who are committed to offering football sessions for people with mental health conditions and those living with disabilities. The Titans have had a huge impact on disabled sport in Doncaster giving many, many people to become part of the wider football community.

Despite all of Darren’s work setting up and running the daily football sessions, he never asks for anything in return and was left speechless when he was told the news live on BBC on Thursday.

“It’s not often I cry … fancy making me cry on TV. I just want to say thank you to everyone. I’m over the moon as you can see.

“I was gobsmacked – it’s nice to be recognised. To be nominated was a massive thing in itself but to actually win it … words can’t say enough for me.

“I don’t do it for awards, I do it for the kids and adults. It started because of my son, I was a parent getting involved because I wanted to get my son a game of football and that’s it. The reception we’ve had since starting in Doncaster and how much is grown in five years just shows how needed it was here.” 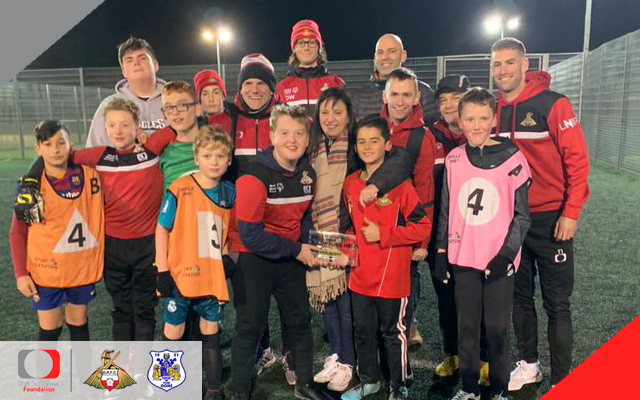