Club Doncaster Foundation and Doncaster Rovers have been invited by Amnesty International UK to take part in an exciting new project to help refugees and people seeking asylum feel welcome in the town of Doncaster.

The Football Welcomes Community Project is a three-year initiative to harness the power of the beautiful game to create more welcoming communities for refugees across the UK.

The Foundation will continue to work closely with Doncaster Conversation Club United (DCC United) to help members of the community who have had to flee conflict and persecution develop a sense of belonging and purpose as they settle into their new life in the UK.

Over the past couple of years, the Foundation’s health and wellbeing team have given asylum seekers the opportunity to take part in sport throughout Doncaster. This includes: invitations to matchdays, football sessions at Club Doncaster Academy on a Friday afternoon, and opportunities to play on the Keepmoat Stadium turf alongside Rovers supporters and Fit Rovers members. 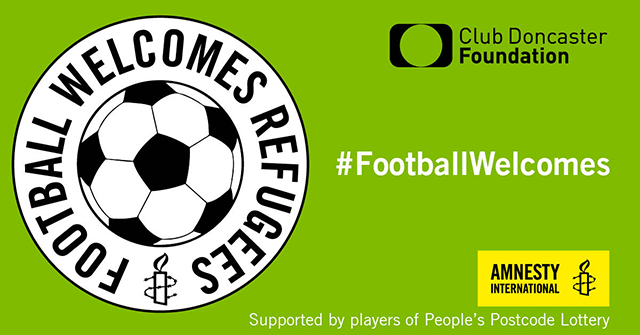 There will be fun football sessions for both males and females, with help from football coaches from the Foundation and Doncaster Rovers. Both organisations will be involved in engaging and welcoming refugees and asylum seekers into the town through the power of football. They will also be looking at working with local charities and organisations in helping refugees settle into the community.

“The response to the Football Welcomes weekends has been so positive that we wanted to create a year-round initiative for football clubs to help create more welcoming communities for refugees.

“Doncaster Rovers is at the heart of the community and has a unique ability to bring people together through a love of the beautiful game.

“Even if you don’t speak the same language, playing football together can give you a sense of belonging, on and off the pitch, and it can really help people who have fled conflict and persecution to settle into a new country and culture.

“We’re looking forward to working with the club, the Foundation and fans over the next three years to ensure that refugees and people seeking asylum feel welcome in Doncaster.” 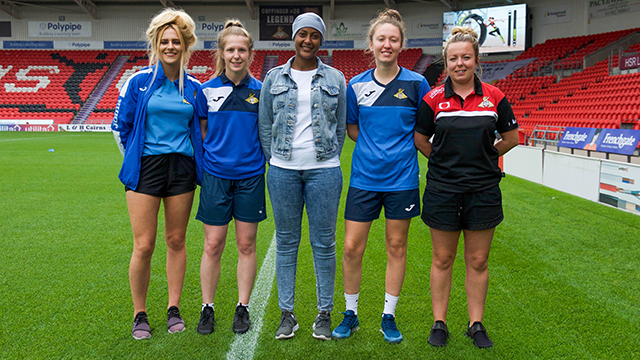 As well as the mental and physical health benefits playing recreational football can bring, there will be opportunities for participants to attend English classes, volunteer, undertake refereeing or coaching training or join local grassroots sides, among other activities, including the potential to obtain FA coaching badges with the Foundation.

The Foundation is one of five football club foundations and county FAs across the UK taking part in the project, which is supported by players of the People’s Postcode Lottery.

It is a new addition to Amnesty’s Football Welcomes initiative, which celebrates the contribution refugees make to the beautiful game and the positive role football plays in bringing people together.

Health and wellbeing officer for the Foundation, Scott Copeland, said:

“We have been working with DCC United for around 16 months now and plan to increase the amount of work we do with the club.

“Amnesty International’s new project will give us the chance to work more closely with our local refugee group, giving them the opportunity to develop new skills and integrate fully into the local community.”

Club Doncaster will continue to support DCC United, providing them with facilities and training kit as part of the ongoing partnership. 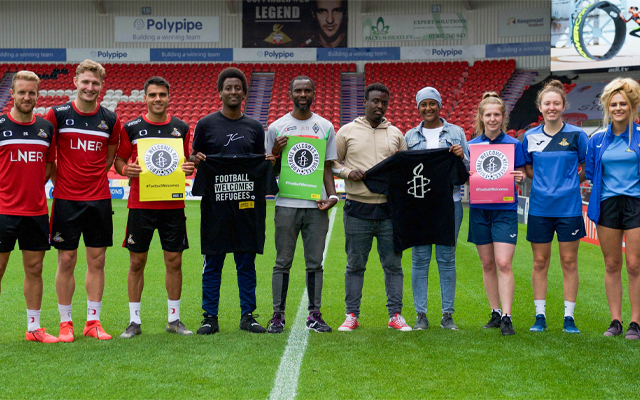