Club Doncaster Sports College have extended their sponsorship of current degree student and Dons rugby player Ben Howe until the end of the 2021/22 season.

Howe’s contract with the Dons has been renewed for next season following his exemplary attitude and work rate in training, as well as a standout 75-yard try against Wakefield.

Ben Thompson, deputy principal at the College, believes that Howe’s attitude and determination are the key aspects to his success in the sport.

He said: “We're delighted that Ben's hard work and dedication to Rugby League has secured him another deal with the Dons, especially during these unprecedented times.

“The Sports College are always very keen to support learners in their progression into their careers and when the opportunity came about to sponsor Ben, we were delighted to pitch in and support.

“We wish Ben and the Dons the very best of luck in the coming season.”

Howe initially joined the Dons on a trial, having taken full advantage of the unique opportunities with the club provided by the college.

You can find out more about Club Doncaster Sports College, here. 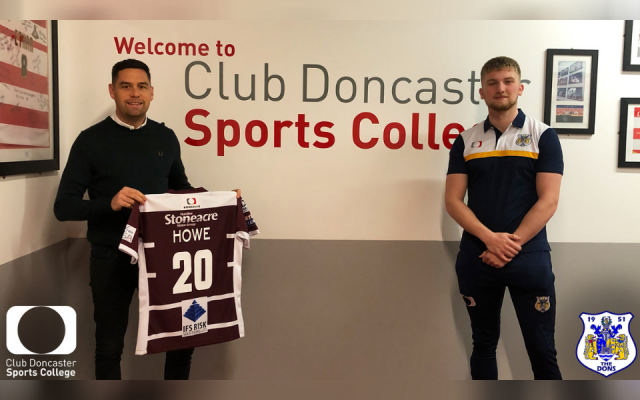