Football Welcomes has been a life-changing project for people seeking asylum and refugees living in Doncaster.

The government states that people seeking asylum are not allowed to work while they wait to receive their settled status, they are given a small allowance (around £30 a week) to see them through the waiting period – the waiting could be several years.

Football is a uniquely global sport and as a result, people from all different background and cultures can enjoy it equally. Football Welcomes is about just that – helping people to find a hobby and settle in a new country and a new town using the power of football.

The Club Doncaster Foundation have been working with Doncaster Conversation Club (a meeting house for refugees and people seeking asylum) for several years providing football session for men and women.

Football Welcomes proved extremely popular and with the support of the football club, the players, and the fans, the project has achieved some remarkable things this season.

Project co-ordinator Lauren Cuttell said: “The project started with just a informal kick about for few on the astroturf near the stadium. Now we have weekly sessions on Wednesdays and Fridays and the team have competed in tournaments representing Rovers up and down the country.

“With the club, we’ve been able to invite the guys to Rovers matches and we’ve even been able to organise a match on the stadium pitch with Rovers fans and Fit Rovers Participants.

“Since the funding arrived from Amnesty International, we’ve been able to do even more like provide bikes for them to travel cheaply around the town and enter them into a local Monday night football tournament.”

Fans of both Rovers and Belles have taken to the project too donating in their hundreds to the boot drive – a push for second-hand boots which could be used by the DDC United team – while the players did their part donating socks, boots and Ian Lawlor donated several pairs of goalkeeper gloves.

Lauren added: “The donations from fans and players have been amazing – they’ve allowed us to bring in even more participants and meant that the players can take part in the football sessions safely and with the correct equipment.

“It’s also much more than a pair of boots – the donations are just another way to say to these players ‘you are welcome’ and in a lot of ways that means as much as the boots themselves.” 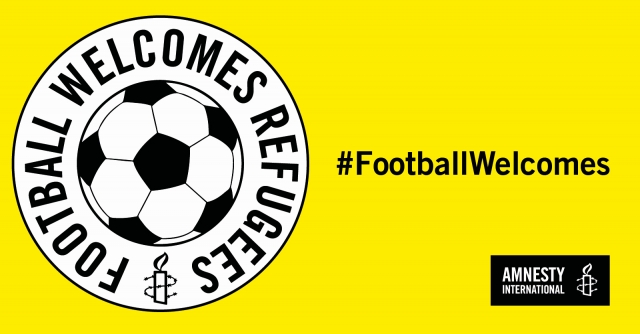