The team have borrowed bikes from the foundation’s free bike library and cycled to the Keepmoat Stadium today, reducing their carbon footprint.

Health and wellbeing officer, Nick Gillott commented: “We’re very proud to be supporting Cycle to Work Day and it’s great to see that so many of the staff are on board with the initiative after planning the event.

“Some are using their own bikes, but the majority have borrowed a bike from our bike library, which is free for the public to use and is such an effective and cheap alternative transport.

“I’m hoping that they begin to borrow the bikes more often for their commute, especially the ones that live close as it’s a great way to stay in shape and reduce your carbon footprint, not to mention the amount of money saved in petrol.”

354,830 miles have been pledged for far for Cycle to Work Day, and you too can pledge your miles and contribute to the fantastic effort by recording them on their website.

Club Doncaster Foundation’s bike library is open to the public, and allows anyone to borrow a bike, free of charge. There are a range of bikes available including children’s bikes and trailers and equipment such as helmets too.

The foundation offer a number of different schemes throughout the year, such as Cleats for Seats, which allows people from across the borough the chance to ride from home to the Keepmoat Stadium on a match day, in exhcange for complimentary tickets to watch Doncaster Rovers. 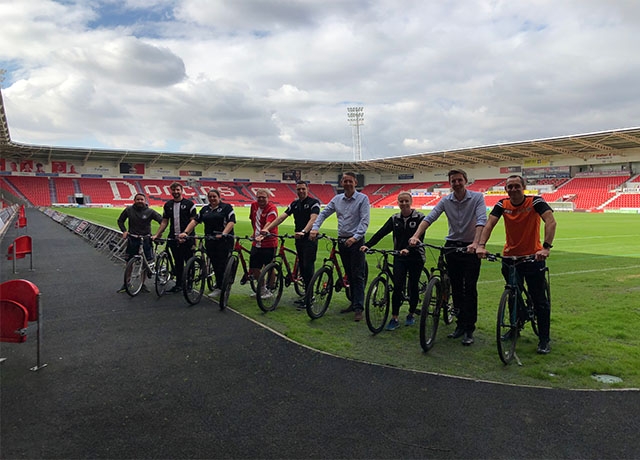