Ben Howe showing how it can be done

The 19-year-old completed his BTEC Level Three Sport programme in the summer and is currently studying his degree with the college. Alongside his studies, Howe trained with the college team and Dons Academy where he was spotted by former Hull KR, London Broncos, and Bradford Bulls star Rhys Lovegrove and invited to train alongside the first team.

As a result, he was offered a place in the Castleford Academy where he trained with the U19s. Following his time there, he returned to trial with the Dons in the summer featuring in both of their pre-season matches against Sheffield Eagles and Wakefield Trinity.

His first pro contract comes as a result of hard work and effort put in by the youngster who has been able to take advantage of the unique opportunities gifted to him by the college.

Club Doncaster Sports College Principal Adi Turnpenny said: “We’re all really proud of Ben. He’s an excellent young man and a credit to the college and his family – he deserves his deal.

“He’s really shown what is possible if you apply yourself at the college – it can give you truly unique chances to be spotted by Doncaster’s professional teams and Ben has taken every opportunity he has been given.

“Ben is still studying with us alongside his training and we believe he has a really bright future.” 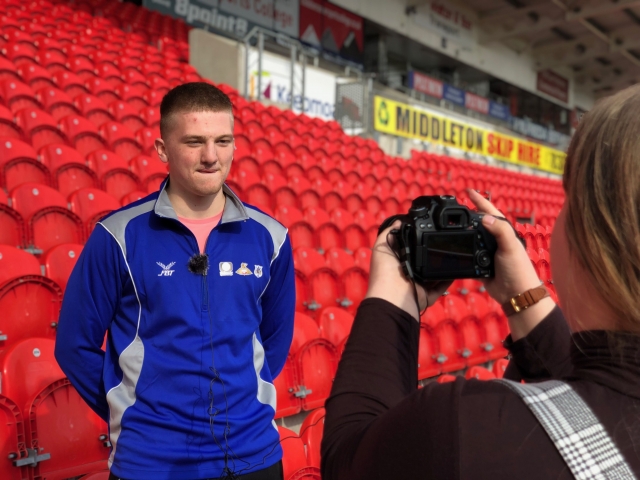