Young football fan and aspiring sports reporter Adam was selected for the role of junior commentator at the Foundation’s 2018/19 Junior Takeover Day fixture against Walsall and – one year on – his dad Neil believes the day gave him a huge and lasting boost in confidence.

Neil said: “Adam was delighted to take part in Junior Takeover day despite being a bit nervous,” said Neil.

“The day was organised really well and the media team looked after us throughout the day even though they had their own jobs – at no point did we feel like an inconvenience.

“Adam enjoyed talking to the people he met and I feel his interactions with adults have improved since then.”

Since Junior Takeover Day, Adam and his dad have become regulars at Rovers home matches and sit in the East Stand.

“We try to get to home games as often as possible,” Neil added.

“We always look over to where the media team are located and talk about the amazing day we had.

“It will be something he will remember fondly and has only gone on to deepen his enthusiasm for football, Doncaster Rovers, and his aspirations to work in football in media in the future.”

Autism Awareness Day is observed annually to help promote an increased understanding and acceptance of autism. 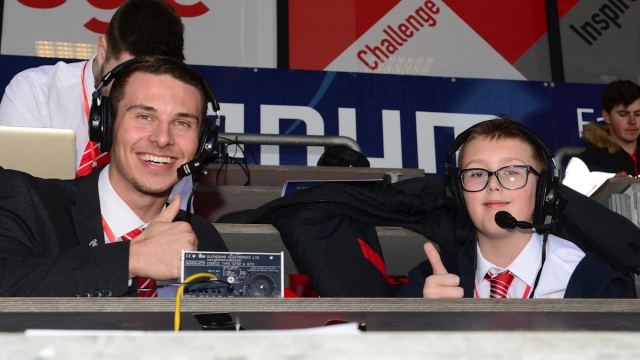