Having completed his apprenticeship at Club Doncaster Foundation in 2018, Josh Gelder has since secured himself a full-time job working in the coaching industry, something which he has always wanted to achieve.

The former Club Doncaster Sports College student has come a long way since his days at the College, having secured an apprenticeship at the Foundation in 2016 before becoming a community coach.

Josh has also delivered and ran multiple Premier League Kicks sessions during his time at the Foundation, whilst also assisting in the delivery of the Fit Rovers vets football sessions.

When asked if the apprenticeship allowed him more opportunities to gain much-needed experience in the coaching industry, the former Doncaster Cup winner only had positive feedback for the scheme.

He said: “The apprenticeship gave me the chance to deliver a variety of coaching sessions, which, no doubt, made me a better coach along the way.

“The Foundation guided me throughout my apprenticeship, and continues to do so as I continue to coach in schools across Doncaster.”

Because of his apprenticeship, and the subsequent qualifications that came from it, Josh was able to gain a full-time job as part of the Essential Life Skills initiative, which looks to develop ‘essential life skills’ in children and young people aged 5-18 across Doncaster, including confidence, motivation, resilience and communication.

Alongside the two years of developing his coaching skills during his apprenticeship, Josh also delivers elements of the Foundation’s matchday experience at the Keepmoat Stadium during home games, in order for the 20-year-old to gain more and more experience.

With a full-time job now secured, Josh knows not to rest on his laurels and keep pushing himself throughout his coaching. He said: “I’ve achieved what I set out to achieve when I first took on the apprenticeship three years ago.

“Now it’s time for me to put all that hard work to the test and prove that I’m capable of doing the job. I’m happy to be in the position I’m in, doing something I feel really passionate about.”

With more and more opportunities becoming available, the apprentices at the Foundation can gain valuable experience in coaching and teaching. 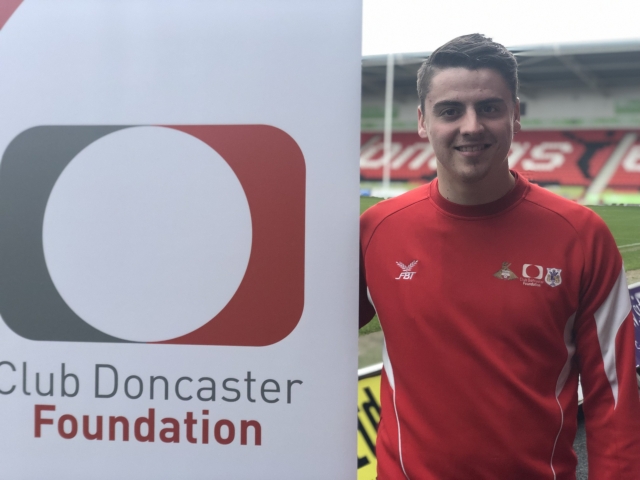