The workshop was run by SRtRC founder and former Premier League goalkeeper Shaka Hislop who joined the panel to help answer pupil’s questions.

The event took place on EFL Day of Action – a day when all 72 football clubs from across League One, League Two and the Championship come together to highlight the works of the Club Charity Organisations (CCOs) throughout the year. This work has been more important during the COVID-19 pandemic.

Kelly Jackson-Powell, sport development officer at the Foundation said: “These types of workshops are brilliant for the children. They got the chance to speak to two footballers from Rovers and the Belles, as well as hearing from Shaka whose work is vital at Show Racism the Red Card.

“We’d like to thank Fejiri, Charlotte and Shaka for joining the children. The workshop was really insightful and very well received by everyone on the call.”

Okenabirhie – who is the club’s equality and diversity ambassador - added: “The most important thing in tackling racism is providing education and I think it’s important for children to hear about experiences of racism.

“I’m fortunate to be in this position as a player for Doncaster Rovers and so being able to speak to children from the town about these issues is something I’m happy to do. It’s important to speak to children at an early age because their understanding of racism now is going to shape how they treat others as they get older.” 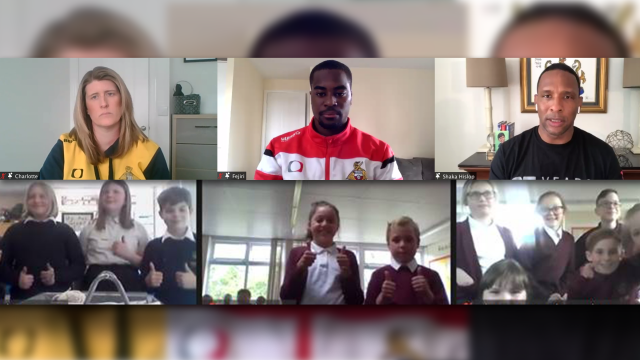